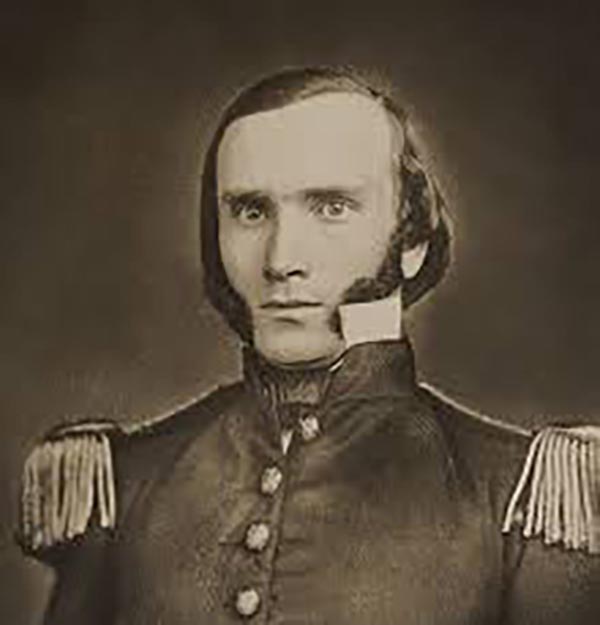 John Mullan (July 31, 1830 - December 28, 1909) was an American soldier, explorer, civil servant, and road builder. He was born in Norfolk, Virginia, and at the early age of 16 earned his B.A. at St. John's College in Annapolis. He would go on to attend West Point in 1852, focusing his studies on engineering, mathematics, and science.[11] West Point was then the nation's preeminent engineering school, and learning to navigate using a compass and odometer. He graduated to a commission as a Second Lieutenant in the United States Army in 1852 and was assigned to the 1st Artillery Regiment in San Francisco. From there, he would join Isaac Stevens' Northern Pacific Railroad Survey. As part of his work for the survey he explored western Montana, southeastern Idaho, discovered and named Mullan Pass, participated in the Yakima War, and led the construction crew which built the Mullan Road in Montana, Idaho, and Washington state between the spring of 1859 and summer of 1860. He wrote Report on the Construction of a Military Road from Fort Walla Walla to Fort Benton (1863), and Travellers' Guide to Oregon, Washington, Idaho, Montana, Wyoming, and Colorado, via the Missouri and Columbia Rivers (1865).