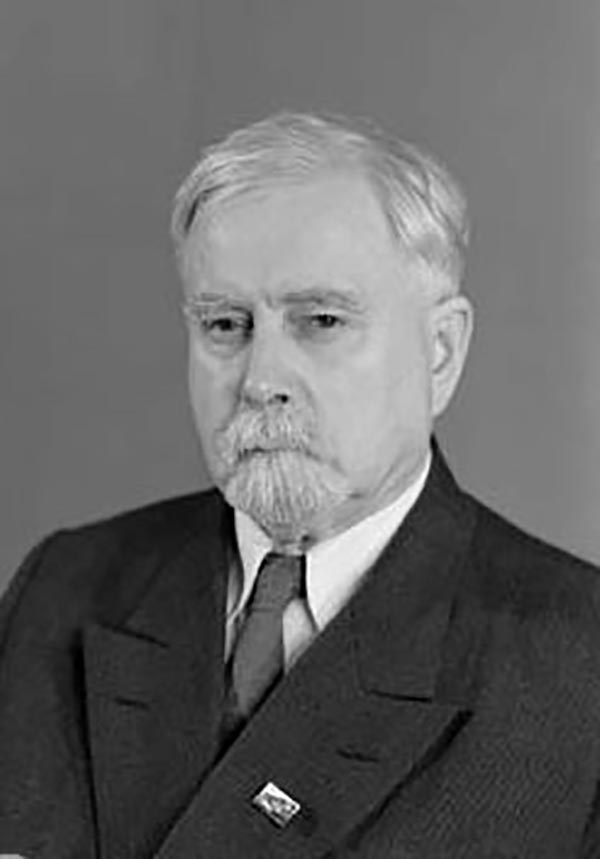 Dimitri Vasilievich Nalivkin (Дми́трий Васи́льевич Нали́вкин August 13 (25), 1889 - March 3, 1982) was a Russian Soviet geologist and paleontologist. Born in St. Petersburg, Nalivkin graduated from the Tenishev School in 1907. After graduation he began working as a collector for the Geological Committee, the first major state geological institution in the Russian Empire. Nalivkin was considered an expert in central Asian geology by 1915, the year he graduated from the Petrograd Mining Institute, and was asked by the Russian Geographical Society to lead an expedition to study glaciers in the Pamir. In 1917, after being demobilized from military service in World War I, he was elected to the Geological Commission of Russia, and was associated with the organization for more than sixty years. He completed his doctorate in 1924at the Saint Petersburg (Petrograd) Mining University, where he eventually became the head of the department of historical geology. During World War II, Nalivkin used his research to search for bauxite, a key metal in aircraft construction, to help with the war effort. His most significant achievement, however, was the creation of an index geological map of the USSR, which attracted significant international attention. He was awarded the Lenin Prize in 1957 after completing this monumental Geological Map of the USSR.