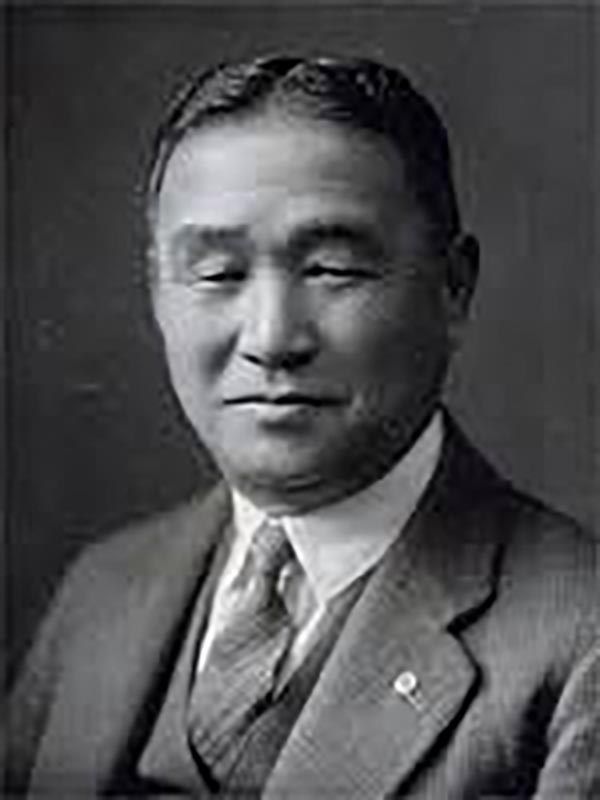 Nomura Yozo (野村陽三; January 20, 1870 - March 24, 1965), the text in the upper right is attributed to Yozo Nomura, a Japanese businessman, art dealer, and antiquarian based in Yokohama. Nomura is famous as the owner of Samurai Shokai (サムライ商会), a luxury art and furniture store at the corner of Itchome and Honcho, Yokohama. He also later owned the Yokohama New Grand Hotel. Nomura was born in Gifu, Japan. He abandoned his studies to travel internationally, visiting England and the United States, where he mastered English. He lived for a time in New York, where he apprenticed as antique and art dealer at the Asian art gallery of A. A. Valentine. Back in Japan, he founded Samurai Shokai (Samurai Trading Company) in 1894 (Meiji 27). The firm, which sold Japanese, Korean, and Chinese luxury goods to European expats and visitors, became extremely successful. Nomura traveled frequently to Hawaii and San Francisco, where he was influential in introducing Japanese art and culture to a global audience. In 1914 he introduced a mail order service, a revolutionary novelty for Japan. Samurai Shokai was destroyed during the 1923 Kanto Earthquake, but Nomura rebuilt. Around the same time, he purchased and rebuilt the New Grand Hotel Yokohama. In August of 1945, in a now famous cross-cultural interaction, he greeted General MacArthur on the steps of the hotel. MacArthur assumed he was the manager, an error that was quickly corrected, and the two became fast friends. Namura continued to operate Samurai Shokai until his death in 1965, when the business closed.