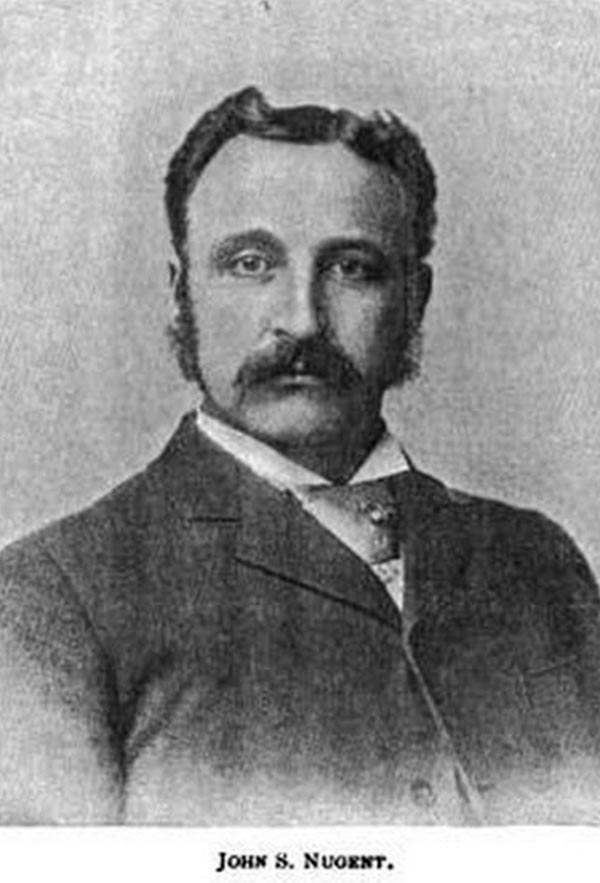 John Strachan Nugent (August 11, 1850 – April 10, 1920) was an American businessman, stationer, box maker, and printer active in New York during the latter part of the 19th century. Nugent was born in London, Ontario, Canada where he lived on the family farm until sixteen. At sixteen, he was sent to Victoria College where he studied for two terms before relocating to New York City where he took work at Lord and Taylor, a general merchandise store on Grand Street. In 1867, he took a new job as book-keeper for a stationer. On March 1, 1876, Nugent partnered with Elbert O. Steves, founding the printing and box firm of Nugent and Steves. Nugent bought out Steves shares in January of 1883, taking on a new junior partner, john F. Romig, and renaming the firm, J. S. Nugent and Company. By 1885, he was one of the largest paper box manufacturers in the United States. He was also a member of the Brooklyn Union League, a Republican social club with significant political influence. In August of 1891, J. S. Nugent and company partnered with five other large box companies to form the New Jersey based National Folding Box and Paper Company. Before the merger, Nugent maintained offices at 538-540 Pearl Street, New York until 1890, when they relocated to 16 Reade Street. He lived at 97 Hancock Street in Brooklyn, NY.