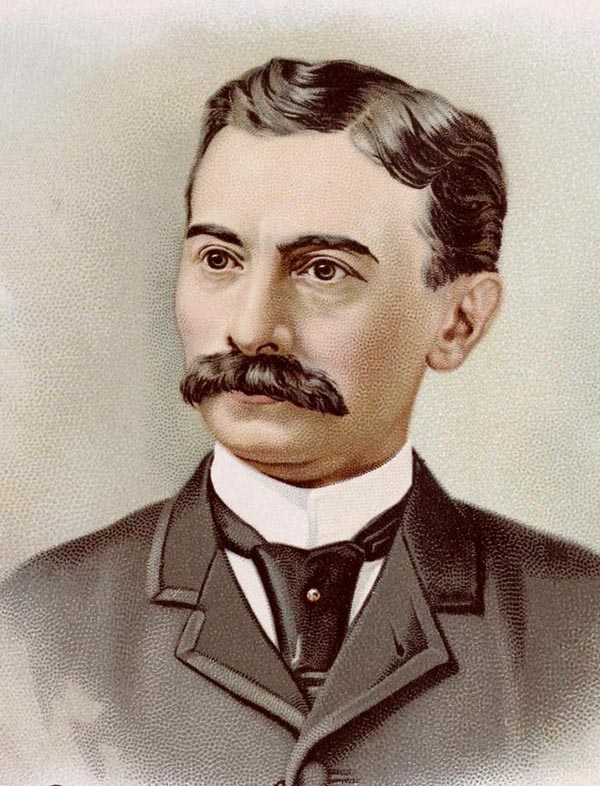 Jacob Ottmann (March 4, 1849 - November 5, 1889) was a Prussian-American lithographer active New York during in the second half late 19th century. Ottmann was born in Meisenheim, Germany. He came to the United States in July of 1863 and was naturalized as U.S. Citizen on October 19, 1876. Ottmann, already a trained lithographer, joined Vincent Mayer and August Merket, 'Mayer and Merket,' around 1869. By 1874, Ottmann had built up enough equity and became a partner, with the firm changing its imprint to 'Mayer, Merkel and Ottmann'. The concern specialized in highly graphic color printed trade cards, and, by the 1800s, were a major American lithographic firm. Mayer and Merkel retired in 1885, leaving the firm to Ottmann, who renamed it 'J. Ottmann Lithographic' and in 1886 relocated to the Puck Building at 39 E. Houston Street. Ottmann must have begun to show signs of ill-health around 1888, when he composed and filed his will. In the following year, 1889, he applied for a passport to return to the Vaterland for a 'brief visit', but apparently never made it, dying shortly after receiving his passport. He is interred at Greenwood cemetery. After Ottmann's death in 1890, the firm was taken over by his son, William Ottmann, who shunted day to day management to Frank A. Bloom (1855 - 1901). Bloom ran the firm until his death in 1901, when it was acquired and became part of the United States Printing and Lithographing Company.