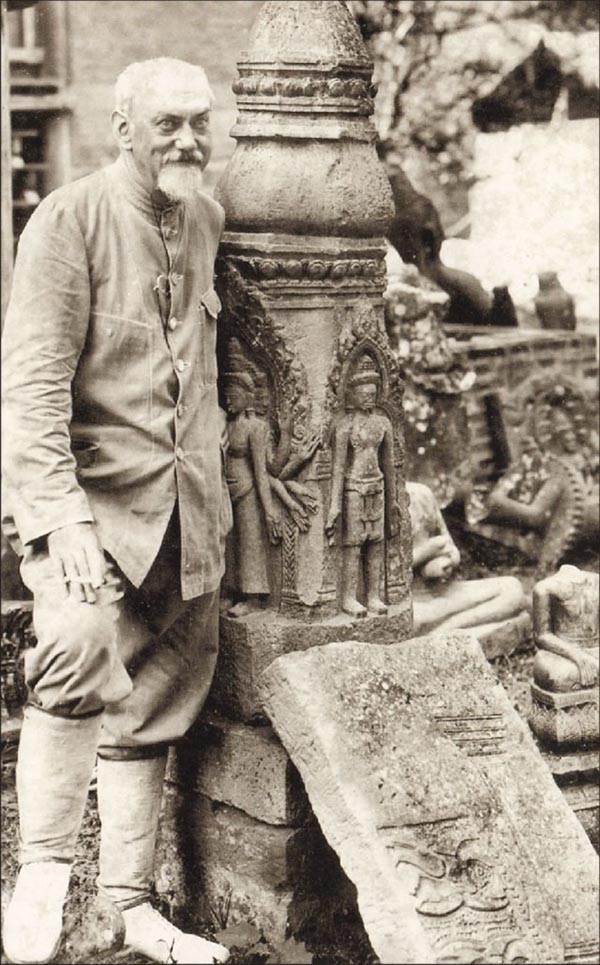 Henri Parmentier (January 3, 1871 - February 22, 1949) was a French archaeologist. Born in Paris during the Siege of Paris during the Franco-Prussian War. Parmentier attended the École national supérieure de Beaux-Arts where he studied architecture and then received the Diplôme d'architecte du Government (DPLG) in 1905. Parmentier's first foray into archaeology was in Tunisia, where he spent more than five years working near Carthage. Parmentier played an important role in the École française d'Extrême-Orient (EFEO) from its founding in 1898, eventually rising to the position of architect in chief. Beginning in 1899, Parmentier began compiling a list of archaeological sites that needed conservation work done. He arrived in Saigon in 1900 to study Cham monuments in Vietnam. In 1902, Parmentier proposed the creation of a museum dedicated to Cham antiquities, which was inaugurated in 1919 in Da Nang. Today it is known as the Museum of Cham Sculpture and houses the largest collection of Cham sculpture in the world. Parmentier was named Director of the Archeological Service of the EFEO in 1904. The following year, Parmentier returned to France to receive his DPLG and to marry Jeanne Leuba on March 14, 1905. Jeanne returned to Southeast Asia with Parmentier later that year and accompanied him on many of his expeditions. As the Director of Archaeological Service, Parmentier organized the fort major conservation work at Angkor, the capital of the Khmer Empire, in 1907. Parmentier studied historic sites throughout the region until 1932, when he retired, but chose to continue to work for the EFEO as the Honorary Director of the Archaeological Service. Parmentier died in 1949. They had two children. After Parmentier's death, Jeanne Leuba stayed in Cambodia until 1966 with the arrival of the Khmer Rouge. She left Cambodia in 1966 and died at 97 on July 24, 1979.