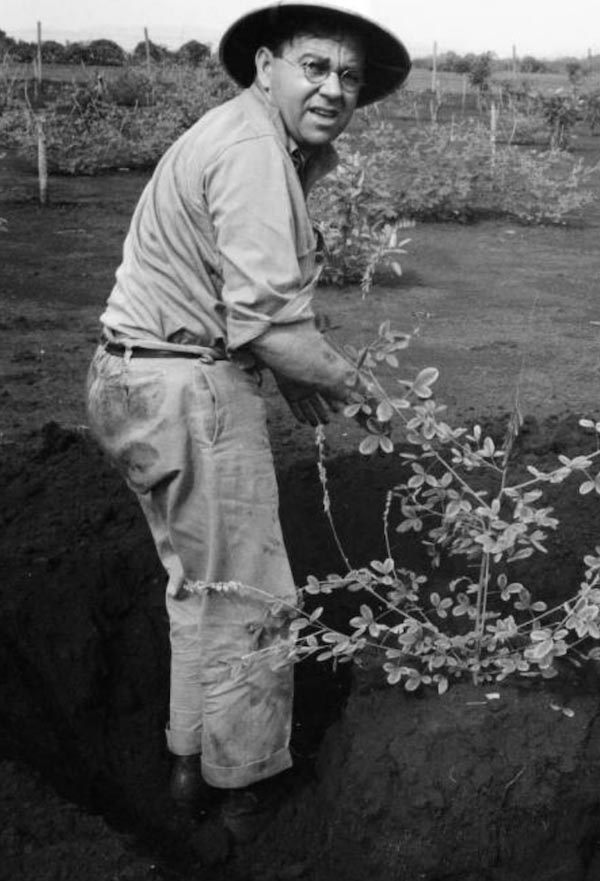 Robert Larimore Pendleton (June 25, 1890 - June 23, 1957) was an American scientist and soils expert. Born in Minneapolis, Minnesota, Pendleton grew up in California. While working on his Ph.D. at the University of California-Berkeley, he worked on four soil surveys that garnered him junior authorship as well as one original critique of soil classification. Pendleton received his Ph.D. in soil science in 1917, and then went to India where he worked as an instructor in soils at Ewing Christian College. He remained in India until 1923 and worked as director of agriculture of Gwalior State. In 1923 he moved to the Philippines, where he remained until 1935, except for a two-year period when he was the chief soil technologist for the National Geological Survey of China. He wrote fifteen papers while working in China, and the years in the Philippines produced fifty academic papers. He moved on to Thailand (then called Siam) in 1935 where he was a soil technologist and agriculturist in the Royal Department of Agriculture and Fisheries. According to an obituary, Siam became home for Pendleton, and he loved the people and the land. He was interned during World War II but was able to return to the United States in 1942. He found work with the Office of Foreign Agricultural Relations, United States Department of Agriculture, which sent him to Central America and Peru. Pendleton was appointed to the new Department of Geography at The Johns Hopkins University in 1946, where he remained until he retired in 1955. However, Baltimore was not Bangkok, and while at Johns Hopkins he worked as an adviser to the Ministry of Agriculture in Thailand for four months in 1946, then from 1947 - 1948 Pendleton served as an agricultural advisor to the United Nations FAO Mission to Siam. He accompanied the Unites States Mutual Security Agency's Special technical and Economic Mission to Thailand in 1952 - 1953. Over the course of his career, Pendleton published over 160 works. After his retirement, he retuned to Thailand, where he died on June 23, 1957.