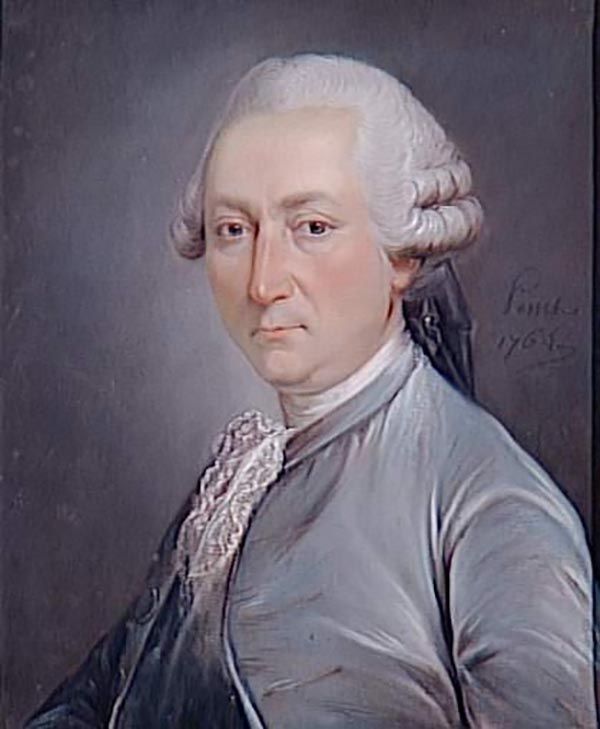 Jean-Rodolphe Perronet (October 25, 1708 - February 27, 1794) was a French architect and structural engineer, known for his many stone arch bridges. His most well known work is the Pont de la Concorde, built in 1787. Born in Suresnes, Perronet was the sone of a Swiss Guardsman. He entered the architectural practice of Jean Beausire, the 'first architect of the City of Paris' at the age of 17 as an apprentice. At Beausire’s practice, Perronet was put in charge of the design and construction of Paris’s grand sewer, embankment works, and the maintenance of the banlieue’s roads. In 1735, Perronet was named sous-ingénieur to the city of Alençon, in Normandy and he entered the Corps des points et chaussées (corps of bridges and roads) the following year. In 1737 he became the sous-ingénieur and then the engineer in charge of the Alençon region. On February 14, 1747 Perronet was named director of the Bureau des dessinateurs du Roi (Royal Bureau of Designers), and he and Daniel-Charles Trudaine began mapping all of the roads within the kingdom, along with constructing new ones. In 1750, Perronet was made and inspector general, and in 1764 he was named First Engineer, a title which he held for thirty years. From 1747 until 1791, 2,500 kilometers of roads were opened under his direction. During this time, from 1750 until 1791, Perronet was also involved in the construction of at least thirteen bridges. He became a member of the Royal Academy of Architecture (Académie royale d'architecture) in 1756 and was became an associate member of the Royal Academy of Science (Académie royale des sciences) in 1763. Perronet contributed to the Encylopédie ou Dictionnaire raisonné des sciences, des arts et des métiers, compiled under the direction of Diderot and d'Alembert. In 1775, the Bureau des dessinateurs du Roi became the Bureau des élèves des ponts et chaussées (Bureau of Students of Bridges and Roads), and then, in 1775 it became the École des ponts et chaussées (School of bridges and roads). He organized and taught at the school and instituted a form of teaching that, even today, seems fresh.