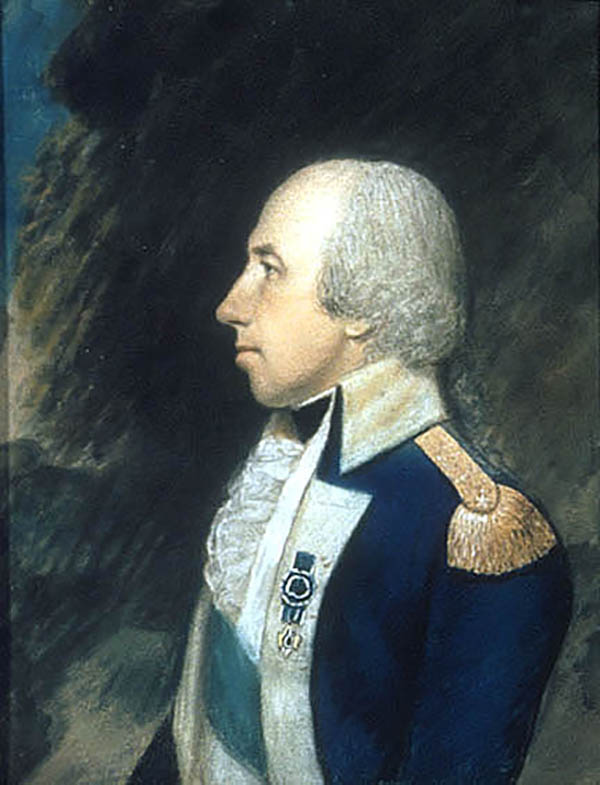 Rufus Putnam (April 9, 1738 - May 4, 1824) was a colonial military officer during the French and Indian War, a general in the Continental Army during the American Revolutionary War, an organizer of the Ohio Company, and the first Surveyor General of the United States. he is also known as the ‘Father of the Northwest Territory’. Putnam was born in Rutland, Massachusetts. His father died when he was 6 or 7, and was sent to live with his paternal grandfather in Danvers, Massachusetts until his mother remarried. After her marriage to John Sadler, Putnam lived with his mother and stepfather in Sutton, Massachusetts, where the family ran an inn. Putnam served with a Connecticut regiment from 1757-1760 during the French and Indian War and saw action in the Great Lakes region and near Lake Champlain. After the French and Indian War, Putnam moved to New Braintree, Massachusetts and worked as a millwright from 1761 until 1768. There, he devoted his free time to educating himself, studying geography, mathematics, and surveying. He was married twice. His first marriage, in April 1761, to Elizabeth Ayers, ended in 1762 when Elizabeth died. He remarried in 1765 to Persis Rice. In 1769, Putnam became a farmer and surveyor. In 1773, Putnam traveled to the region near present-day Pensacola, Florida to survey and chart land along the Mississippi River, which the Crown intended to grant to French and Indian War veterans as payment for their service.

Putnam enlisted in a Massachusetts regiment on April 19, 1775, the day of the Battles of Lexington and Concord. He was later commissioned as a lieutenant colonel in the Continental Army and employed his knowledge as a millwright to construct fortifications. His fortifications are credited with aiding in victory at Roxbury, Massachusetts, Sewall’s Point, Providence, New Port, Dorchester Heights, Long Island, and West Point. He was appointed by General Washington as the Chief of Engineers of the Works of New York, but resigned his commission as a full colonel in December 1776 after the Continental Congress rejected his proposition to create a national corps of engineers. He reenlisted in the Northern Army and served under Major General Horatio Gates at Saratoga and continued work on crucial fortifications, including at Fort Putnam at West Point. He was commissioned as brigadier general in 1783.

After the war, Putnam returned to a farm he had purchased in 1780 (it happened to have been confiscated from a Loyalist). He became a strong advocate of granting lands to veterans of the Revolution, as there was pent-up desire for land among the youth of New England, since there was not much land available for purchase. This advocacy led Putnam to found The Ohio Company of Associates with three other men in Boston. Its purpose was to settle the Northwest Territory, which had been ceded to the U.S. by Great Britain in the Treaty of Paris (1783). The Northwest Territory roughly covered the land between the Appalachian Mountains and the Mississippi River. Following the passage of the Northwest Ordinance, the Ohio Company bought about 1,000,000 acres north of the Ohio River between present-day Marietta, Ohio, and Huntington, West Virginia.

Putnam led a group of pioneers out into this territory in 1788 and on April 7, 1788 this group established Marietta, Ohio at the confluence of the Ohio and Muskingum rivers. Marietta is the first permanent United States settlement in the Northwest Territory. Between 1792 and 1793, Putnam served as a brigadier general during the Ohio campaign against several Native American tribes, as these tribes had not ceded their land to the United States before settlers arrived. The tribes ultimately were defeated. In 1796, Putnam was appointed as the first Surveyor General of the United States, which he held until 1803. He was also appointed as a trustee of Ohio University in 1804, a position he held until his death in 1824.