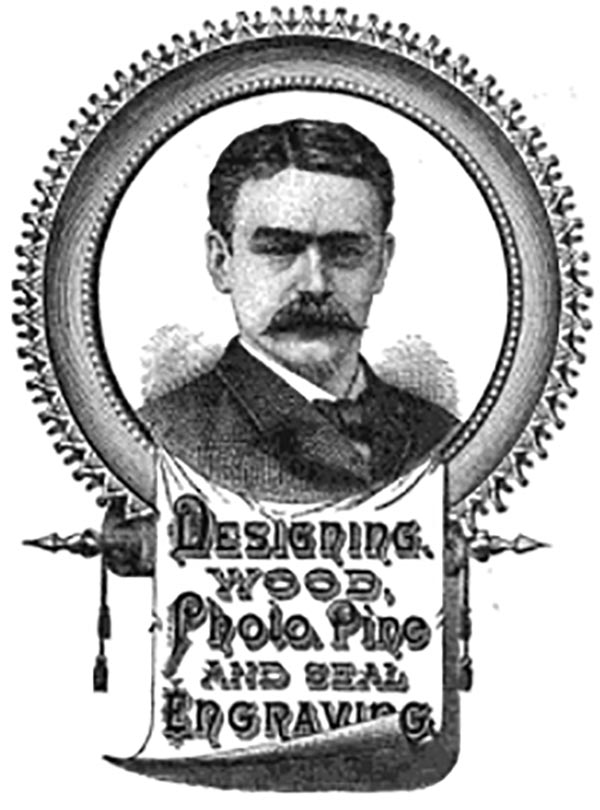 George Durell Ramsdell (March 1850 - January 15, 1912) was an American engraver. Born in Rochester, New York, he was the son of George and Laura Ramsdell. His parents moved the family to Livonia, New York, when Ramsdell was a boy and he attended public school there. After graduating he attended the Rochester Business School and completed his course of study. In 1875, Ramsdell began working for Bela E. Brown, a jeweler in Rochester, but only stayed for a short time. By 1876 he had started his own engraving business, and soon became one of the best known artisans in the field, even attracting foreign clients. Ramsdell married Jennie Beach in 1890, with whom he had one son, Joseph A. Ramsdell.