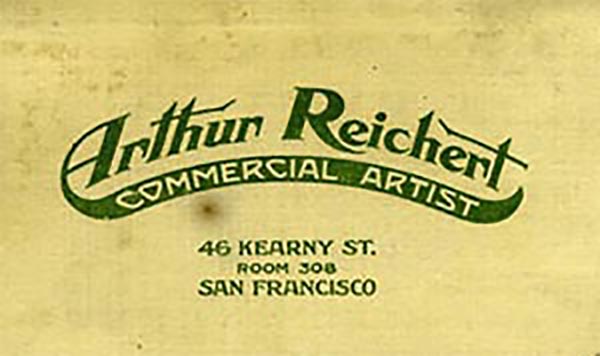 Arthur Joseph Reichert (February 15, 1889 – August 19, 1963) was a California based illustrator and artist active in the first half of the 20th century. Reichert was born in Oakland, California. He studied painting at the San Francisco Art Institute from 1909 to 1912. He served in Europe during World War I, after which he returned to Oakland where he established himself as a commercial artist. Reichert died in Sacramento, California, on August 19, 1963. His work includes nudes, portraits, maps, and landscapes.