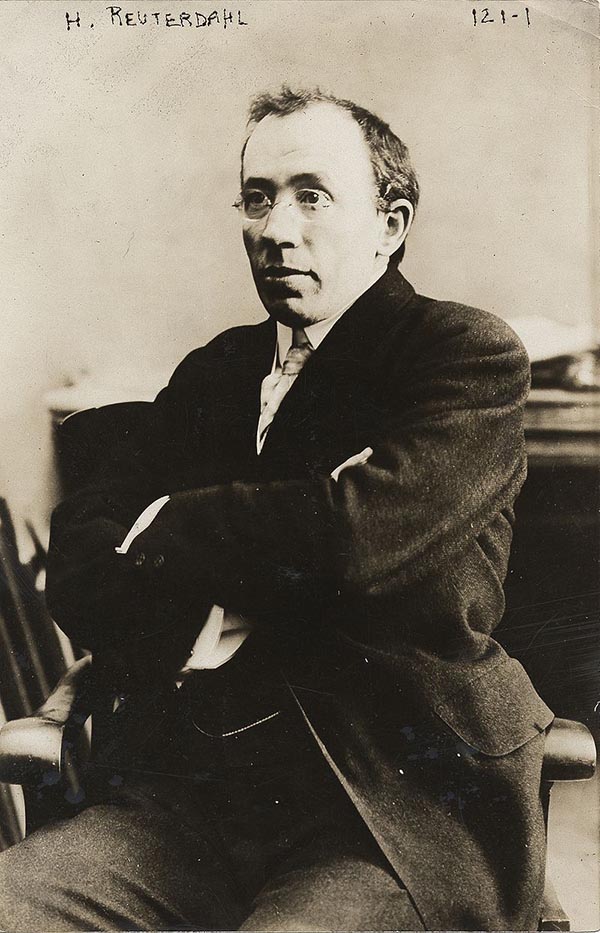 Henry Reuterdahl (1870-1925), a Swedish-American painter, was known for his nautical work and had a strong relationship with the U.S. Navy. He was self-taught, and won a job to be an illustrator-correspondent during the Spanish-American War. He served as a Lieutenant Commander in the U.S. Naval Reserve, and was selected by President Theodore Roosevelt to accompany the Great White Fleet in 1907 to document to voyage. During World War I, he served as head of the poster bureau, and was considered to be America's foremost naval artist.

1898 Reuterdahl View of the Battle of Santiago de Cuba