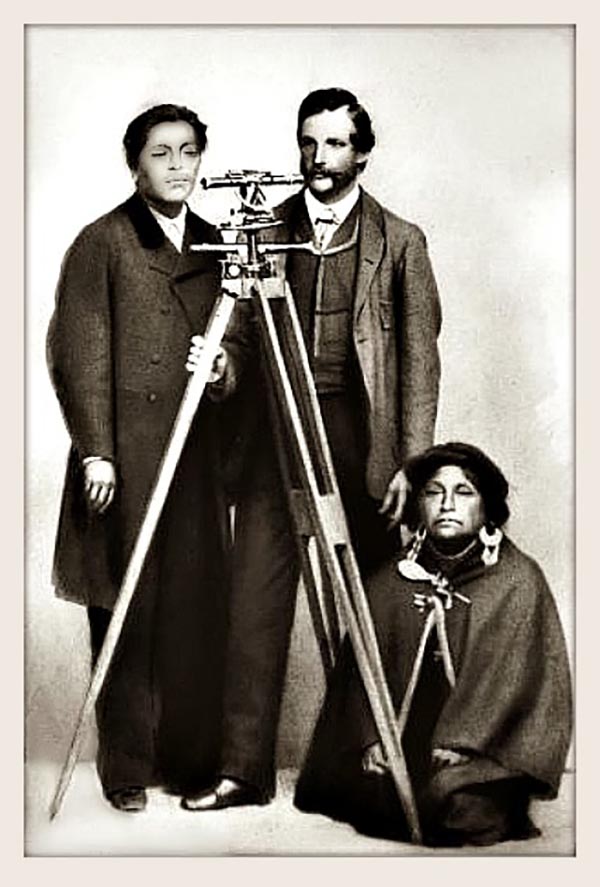 Teodoro Schmidt Weichsel (July 5, 1834 - July 29, 1924) was a German born Chilean railroad engineer active in the late 19th and early 20th centuries. He was orphaned at 10, but completed his studies at the Technical High School of Darmstadt between 1849 and 1852. He worked briefly for the Emperor Franz Joseph I of Austria. When he lost this position, he decided to take the drastic action of emigrating to a German colony in South America. He left Germany on April 3, 1859, on the ship Sofia Georgette, landing in Valparaíso, Chile on August 1. He took work at Hacienda Catapilco, using his engineering expertise to constructing dams, canals, and earthworks. Around 1866 he began working on engineering projects funded by the Chilean state, including docks, canals and railroads. In 1869 he was formally added to the Commission of Military Engineers. He continued to work for the state becoming involved with the Ferrocariles del Estado, state constructed and administered railroads in the early 20th century. By 1914 he was Inspector General of Railroads. He died in his home in Temuco in 1924.