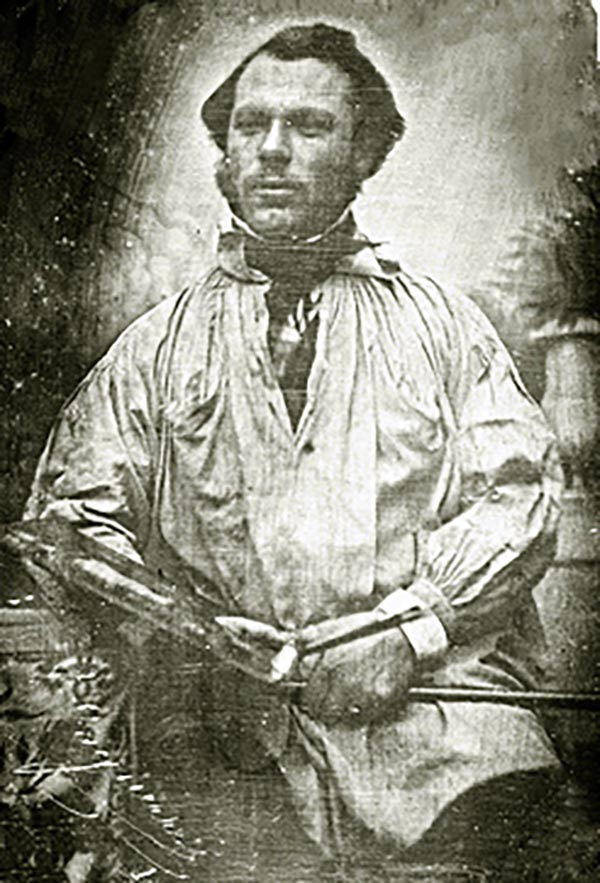 Hippolyte Victor Valentin Sébron (August 21, 1801 - September 1, 1879) was a French painter active throughout Europe, Asia, and the United States in the middle part of the 19th century. Sébron was born in Caudebec-en-Caux in the Seine-Maritime. Sébron is best known for his landscapes and dioramas, but his full corpus includes portraits, architectural views, and interior scenes as well. He was a regular exhibitor at the famed Paris Salon, as well as at the London Royal Bazaar, and at the New York National Academy of Design. Sébron also worked closely with Louis-Jacques-Mandé Daguerre, inventory of the daguerreotype. Working together Sébron and Daguerre created several artworks wherein they employed innovating lighting and painting techniques to produce unique effects that seems to transition between night and day. After a long prosperous career and a life of world travel, Sébron died in Paris in 1879 at the age of 78.