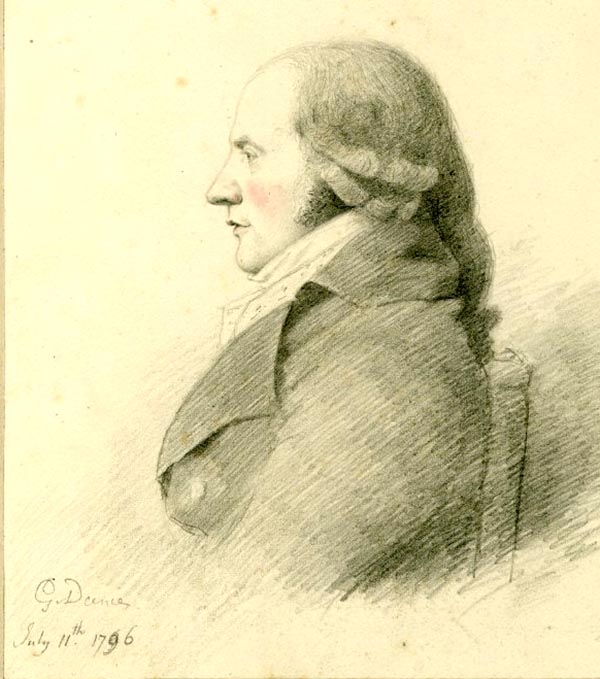 Benjamin Smith (1774 - 1817) was a British engraver and publisher active from about 1799 to his death in 1817. Smith was born in London to Benjamin Smith, the elder (1754 - 1833), also an engraver. He apprenticed as an engraver and stationer under Joseph Ellis. In 1799, he partnered with Edward Jones, publishing as alternatively 'Jones and Smith' or 'Smith and Jones.' Around 1801 a third partner, Joseph Bye, was added, and the imprint changed to 'Jones, Smith and Bye' or 'Jones Smith and Company.' Around 1804, the partnership dissolved as Smith and Bye were on their way to Portugal for business when their ship was seized by French privateers and they were imprisoned in France for the next four years. Gaining their freedom in 1814, Smith and Bye jointly moved to Edinburgh where they took work as engravers for the William and Daniel Lizars firm. Meanwhile they developed aliases as James Johnson and George Williams under which they began issuing forged Margate Bank notes. They were arrested, convicted, and sentenced to death at Dover on November 3, 1817.