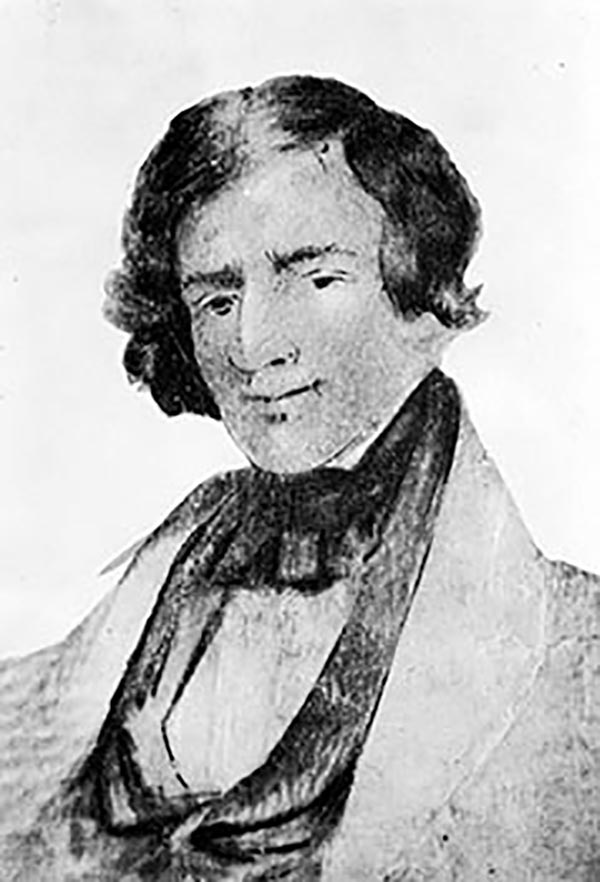 Jedediah Smith (January 6, 1799 or June 24, 1798 — May 27, 1831) was an American born trapper, hunter, explorer, fur trader, and trail lazer active in the early part of the 19th century. Smith is an incredibly important but little known figure who, in the years between the Lewis and Clark expedition and Fremont's explorations, explored and trailblazed much of the American West. Smith began his travels in the American west when he responded to an advertisement placed by Missourian William H. Ashley looking for strong men willing to earn their fortune living and trading furs in the western regions recently opened by Lewis and Clark. The result was a nine year odyssey in which Smith, in the words of Maurice Sullivan,

Unlike many of the trappers and fur traders active in this region, Smith not only had a lust for exploration, but also an extraordinary ability to piece together his own observations with previous work to form a cohesive whole. It was Smith who ultimately reconciled the work of Lewis and Clark with the cartography of Humboldt and Miera, and in the process filled in many of the blanks in between. Unfortunately, on his final journey, just nine years after his first, Smith was killed by a band of Mojave Indians. Smith intended to publish a book and map based upon his travels, but his death ended all such efforts. The manuscript map he did produce disappeared shortly after his own death. However, it comes down to us today via an 1839 map published by David H. Burr - who consulted an original manuscript of Smith's map while composing his important wall map of the United States. The map historian Carl Wheat considers Smith's work a "tour-de-force unprecedented and never equaled in the annals of Western exploration" and dedicates an entire chapter to his accomplishments in the seminal work, The Mapping of the Transmississippi West.