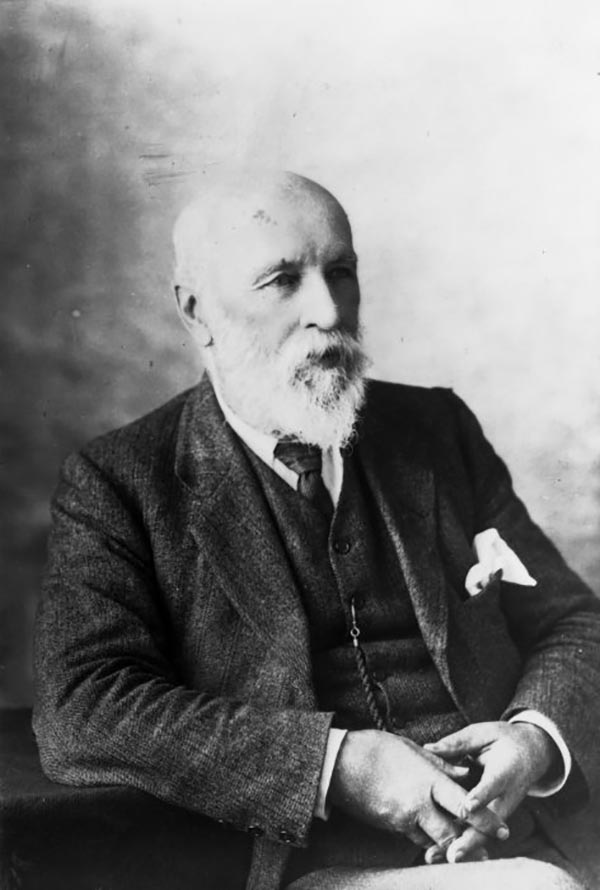 Stephenson Percy Smith (June 11, 1840 - April 19, 1922) was a British surveyor and ethnologist who spent nearly his entire life in New Zealand. Born in Beccles, Suffolk, England. Known as Percy all his life, Smith's parents, John Stephenson Smith and Hannah Hursthouse, moved the family to New Plymouth, New Zealand, in the fall of 1849. Smith attended school in New Plymouth and Omata before ending his studies in 1854 to help on the family farm. He joined the provincial survey department in February 1855, spending his spare time going out of surveying excursions. He and four others set out on a two-month expedition into the interior of the North Island in January 1858 covering over 600 miles on foot, by canoe, and on horseback. Smith moved to Auckland in 1862, where he married Mary Anne Crompton on April 23, 1863, and stayed there until he was given a position in New Plymouth as district surveyor. Smith spent the years from 1864 tunic 1874 working on numerous different surveying projects around New Zealand, and his hard work was rewarded with several promotions. Smith was named assistant surveyor general in 1881, and commissioner of Crown lands for the Auckland district in 1888. He became surveyor general and secretary for lands and mines in January 1889 and held these positions until his retirement on October 30, 1900. Smith was also a founding member of the Polynesian Society. Today, Smith's work is remembered for its groundbreaking achievements, but also recognized for its faults. Most of his research concerning the Maori is generally accepted as unreliable today, but it is important to remember that his studies laid the groundwork for ethnology in New Zealand. Smith died on April 19, 1922, eleven years after his wife. Percy and Mary had four children together.