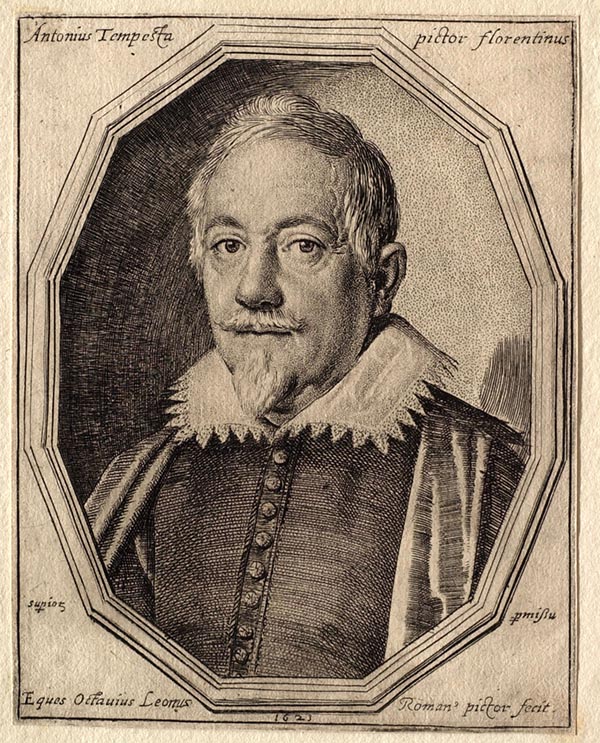 Antonio Tempesta (1555 - August 5, 1630), known as 'Il Tempestino' was an Italian painter and engraver. Tempesta was born in Florence where he trained in painting and engraving, matriculating in 1576 at the Florentine Accademia delle Arti del Disegno. He worked in the Baroque ethic and is known as a Counter-Mannerist. He studied in painting in the school of Santi di Tito (December 5, 1536 - July 25, 1603). In cartographic circles he is best known for his expansive 12-sheet bird's-eye style perspective panorama of Rome, issued in 1593. This view is rare, but was later reduced and republished by Matthäus Merian (1593 - 1650).