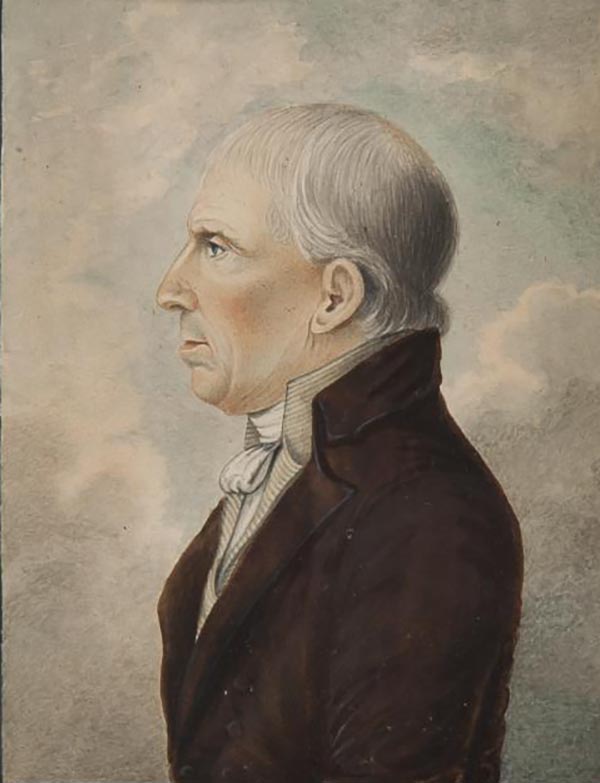 James Thackara (March 12, 1767 – August 15, 1848) was a Philadelphia based engraver. Thackara was born in England, the son of a sailor, and in the year of his birth, the Thackara family moved to Philadelphia. In Philadelphia, he apprenticed under Robert Scott and James Trenchard (1747 - ??), whose daughter he married. As early as 1792 he became the partner of his nephew-in-law, John Vallance, publishing maps, bank notes, and prints under the imprint of Thackara and Vallance. Together they are credited with numerous cartographic projects, including maps for Andrew Ellicott, John Melish, Henry S. Tanner, and Reading Howell. Thackara curated the Pennsylvania Academy of Fine Arts from 1816 to 1828. In 1832, he created a new partnership, this time with is son, William Thackara, printing as Thackara and Son. In addition to his engraving work Thackara curated the Pennsylvania Academy of Fine Arts from 1816 to 1828. He also served as an elected Philadelphia City Commissioner in 1797 and was a clerk of the Pennsylvania House of Representatives form 1807 – 1810.