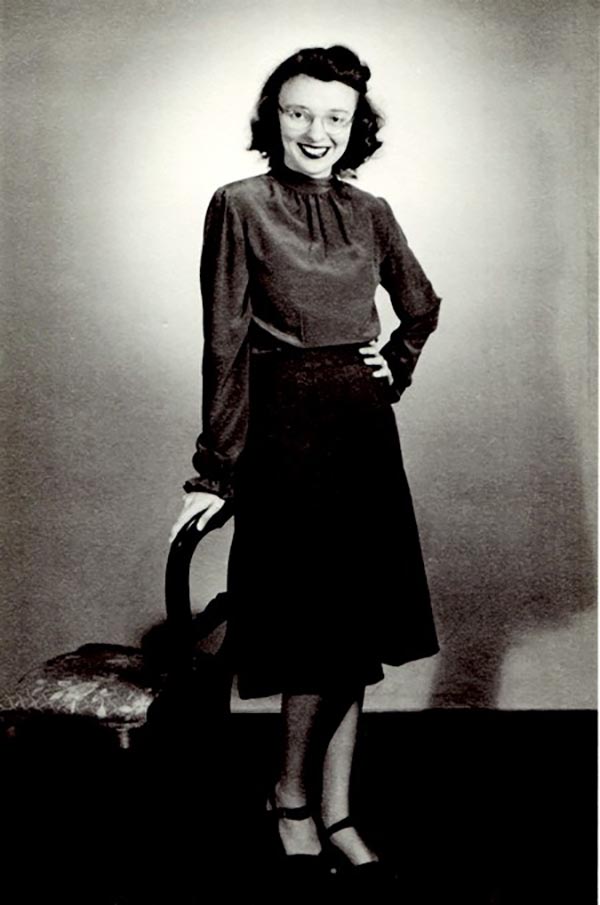 Marie Tharp (July 30, 1920 - August 23, 2006) was a prominent American oceanographic cartographer and geologist - recognized as a pioneer in the male-dominated world of geology. Tharp was born in Ypsilanti, Michigan. She was introduced to mapmaking through her father, who was a surveyor for the U.S. Department of Agriculture. She studied at the University of Ohio, earning Music and English degrees. During World War II, she earned a Masters in Geology at the University of Michigan, graduating in 1944, and later a second bachelor's in mathematics (1948). She first worked as a research assistant at Lamont Geological Laboratory in Columbia University in New York. Tharp was Bruce Charles Heezen's (1924 - 1977) assistant while he was a graduate student, and he gave her the task of drafting seafloor profiles. Her discoveries of the Mid-Atlantic Rift and the Mid-Atlantic Ridge, while initially dismissed because of her gender, eventually led to a life-long collaboration with Heezen. Today, Tharp is best known for her decades long project to map the ocean floors with sonar imaging. This revolutionary work contributed to our modern understanding undersea geography, plate tectonics, and continental drift. Ironically, women at that time were unwelcome on scientific marine voyages, so while she mapped the oceans, she never personally went to sea. Her published maps include the North Atlantic (1957), South Atlantic (1961), Indian Ocean (1964), and the world (1977). She remained at Columbia University until retiring in 1983.

1977 Heezen and Tharp Bathymetric Map of the World