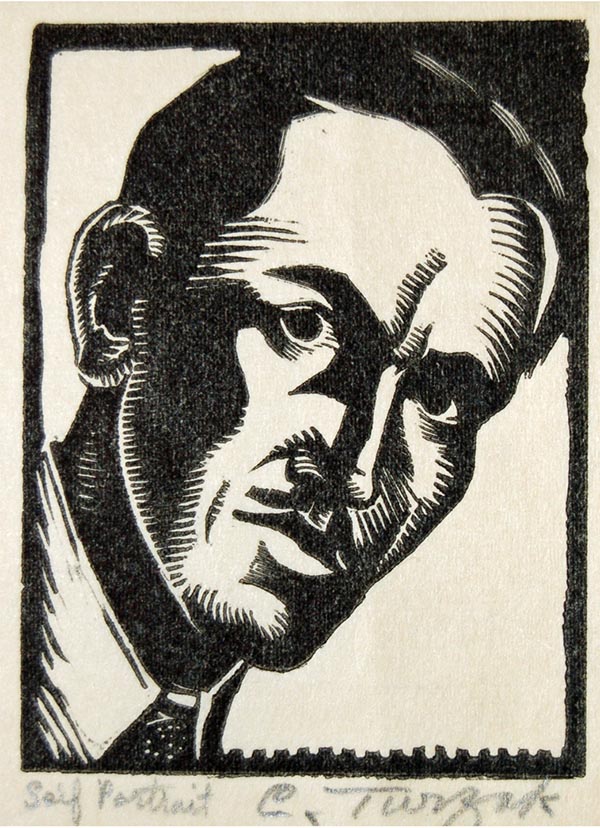 Charles Turzak (August 20, 1899 - January 31, 1986) was an American painter, muralist, woodcut engraver, commercial illustrator, teacher, and print maker. Born in Streator, Illinois, to Czechoslovakian immigrants, Turzak exhibited artistic talent early, drawing, painting, and even carving peach seeds into small monkeys and then selling them for pennies. He continued drawing cartoons through high school, when his art was inspired by World War I. When graduated high school in 1920, he won a cartooning contest sponsored by The Purina Company of St. Louis, Missouri. The prize money facilitated his continued art education at the Art Institute of Chicago, over the fierce objections of his coal miner father. He graduated in 1924. Exhibitions and strong print sales led to a career in commercial illustration. He traveled to Europe in 1929, returning just in time for Black Tuesday (October 29, 1929). Turzak married Florence Cockerham, a journalism student at Northwestern, in May 1931. During the Great Depression, he made money illustrated books with woodcuts. He and Florence had a daughter in October 1936, and in 1938 he commissioned architect Bruce Goff to build a family home in Edison Park, designated a Chicago landmark known as the Turzak House. He continued to produce work throughout the 1940s and became the art director for two Chicago-based publishers. He and Florence moved to Florida in 1958 His final solo exhibition was held in May 1985 at the Winter Park University Club. Turzak is formally credited with just two maps, a magnificent 1931 art-deco style pictorial view of Chicago, issued with Henry T. Chapman, and the 1932 World Wide Short Wave Radio Map. It is argued by some that, around the same time, he may have worked on the aesthetically similar but anonymous Gangland Map of Chicago, potentially the greatest pictorial map of all time.