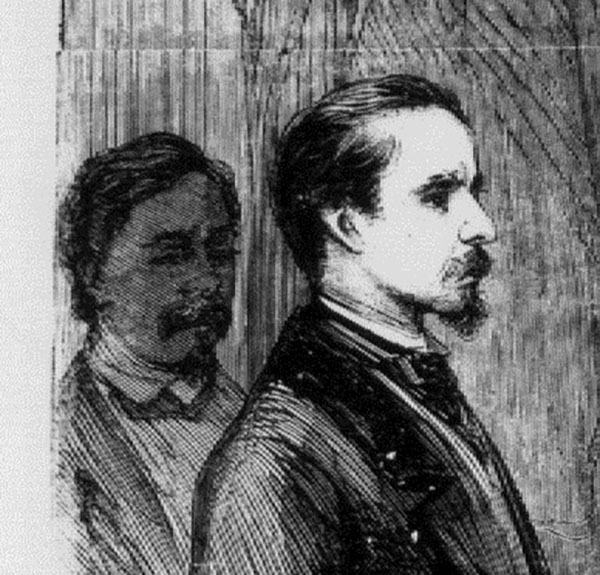 Julius Ulke (May 1833 - July 31, 1910) was an American cartographer, draughtsman, scientist, photographer, musician, and surveyor active with the General Land Office (G.L.O.) in the second part of the 20th century. Ulke was born in Brankenstein, Prussia (Germany) and emigrated to the United States in with his brothers, Lee Ulke and portrait artist Henry Ulke (1821 - 1910), later known as 'Painter of Presidents.' The brothers were involved with the German Revolutions of 1848–49 and were compelled to flee Germany on threat of retribution. Upon arriving in America, Ulke settled in Philadelphia, where he apprenticed as a photographer, eventually establishing his own business. Around 1858 or 1859, he moved to Washington D.C. where he established a photography gallery and studio - possibly in partnership with Henry. From about 1870, J. Ulke took a position as a clerk with the General Land Office. In the capacity of Principle Photographer, he accompanied Simon Newcomb's 1882 Africa expedition to observe the transit of Venus. There, on his own reconnaissance, he completed a map of Cape Town, South Africa, at a critical juncture in its development. Ulke lived most of his life in Washington D.C. where at some point he appears to have ran a gallery of photography on 1111 Pennsylvania Avenue, N.W. In fact, when Abraham Lincoln was shot at Ford Theater, he was taken across the street to the Peterson Boarding House (452 10th Street), the occupied by both Ulke brothers. Both Henry and Julius Ulke were among the 28 individuals present at Lincoln's death. It was Julius Ulke who took the several historic photographs, later immortalized as a painting by Alexander H. Ritchie, of Lincoln's Cabinet around his deathbed. He also photographed the bed after Lincoln was taken out. Ulke himself died at his home on 1427 U. Street NW, Washington D.C., and is interred at Rock Creek Cemetery.