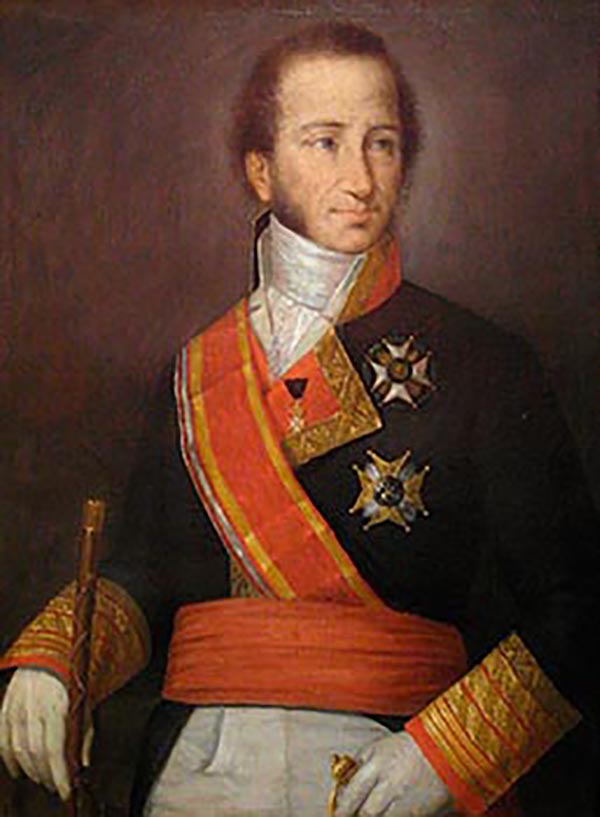 Cayetano Valdés y Flores Bazán (1767-1835) was a commander of the Spanish Navy, explorer, and captain general who served in the French Revolutionary and Napoleonic Wars, fighting for both sides at different times due to the changing fortunes of Spain in the conflict. He took part in a number of naval battles, including the Great Siege of Gibraltar, the Battle of Cape St Vincent, and the Battle of Trafalgar. He was an explorer, most notable in the Pacific Northwest, where he and Dionisio Alcalá Galiano conducted the first circumnavigation of Vancouver Island, in partial cooperation with George Vancouver. Over his long career he achieved the highest ranks in the Spanish Navy, eventually being named Captain General of Cadiz and Captain General of the Spanish Navy.