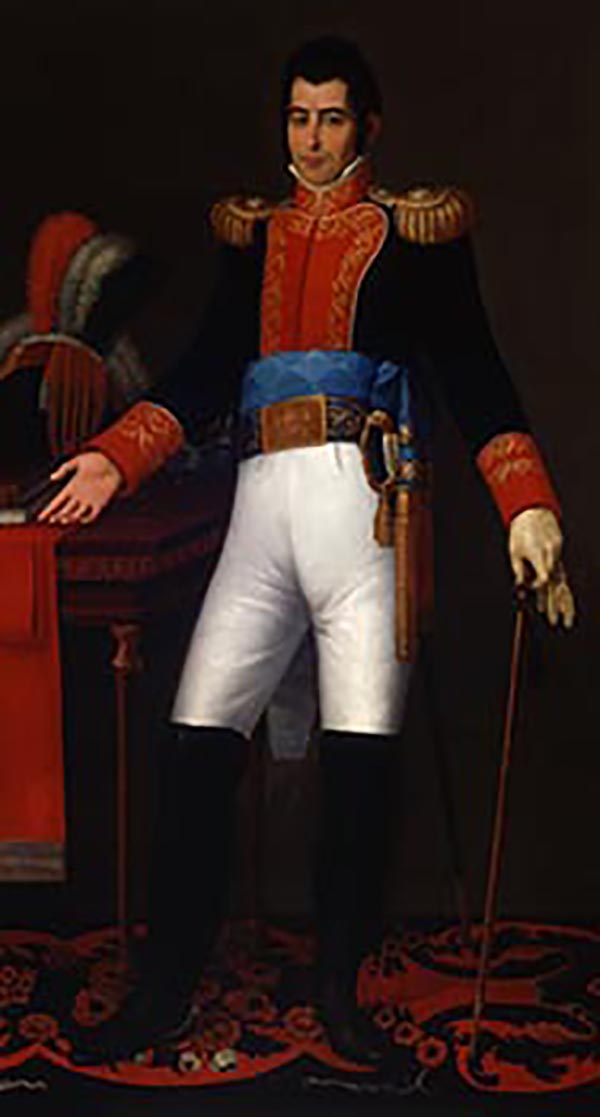 Guadalupe Victoria (September 29, 1786 - March 21, 1843) was a Mexican politician and revolutionary who fought for Mexican independence from Spain in the Mexican War of Independence. Following the War of Independence Victoria was elected the first president of Mexico. His political achievements as president of Mexico include the normalization of international diplomatic relations with Europe, the abolishment of slavery in Mexico, the creation of the National Museum, and formalized the Mexican-U.S. Border. Victoria was the only President who completed his full term in more than 30 years of an independent Mexico[10] He died in 1843 at the age of 58 from epilepsy in the fortress of Perote, where he was receiving medical treatment. On April 8, of the same year, it was decreed that his name would be written in golden letters in the session hall of the Chamber of Deputies. His mortal remains are interred, along with those of fellow Mexican heroes Miguel Hidalgo and Jose Maria Morelos, beneath El Ángel de la Independencia, a monument on the Paseo Reforma, Mexico City.