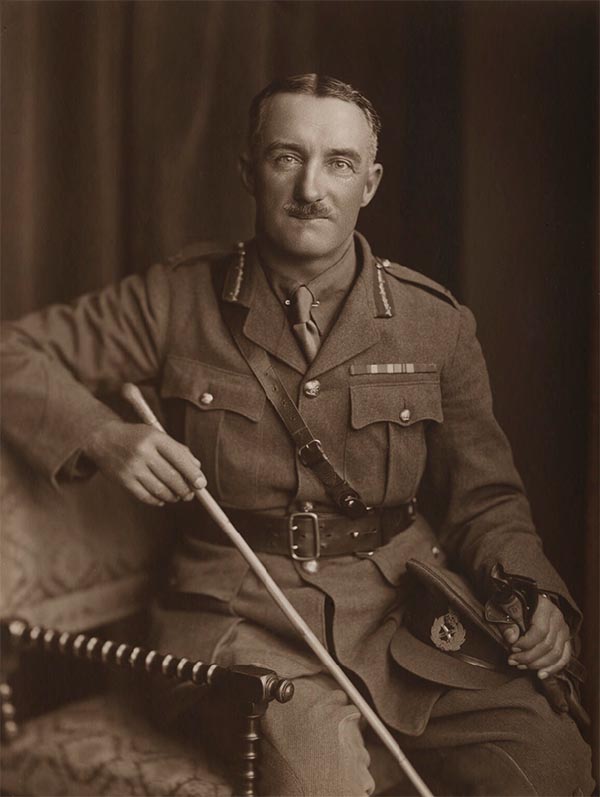 Frederick William Henry Walshe (1872 - 1931) was a senior British Army officer during the First World War. He was educated at Bedford School and at Royal Military Academy, Woolwich. He was commissioned Second Lieutenant in the Royal Artillery in 1892, was promoted to the rank of Lieutenant in the Royal Horse Artillery in 1897, and rose to the rank of Captain in 1899 - his unit having been changed to the Royal Field Artillery in 1899. His duties took him to India, where in the first decade of the 20th century he received intelligence training and himself became an instructor in that art in the years leading up to the Great War. During the First World War, he would serve in the Gallipoli Campaign, Egypt and in France. Surviving the war, he was promoted to the rank of Brigadier General. The Russian Civil War would find the Brigadier in southern Russia, part of the expeditionary force supporting White Russian forces against the Bolsheviks. He would become Aide-de-camp to King George V between 1920 and 1928, with further postings in Turkey, Mesopotamia, and again in India, between 1924 and 1928.