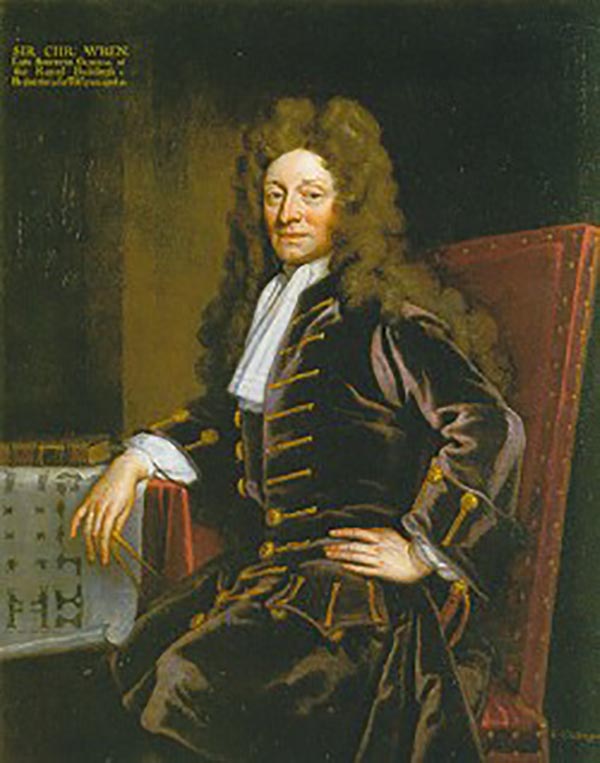 Christopher Wren (October 20, 1632-February 25, 1723) was an English architect and geometer active in the later 16th and early 17th century. Wren is considered to be one of the most prolific and highly acclaimed English architects in history. In the late 17th century architecture such as we know it today did not exist, rather it was considered a branch of mathematics and as such was consequently an acceptable hobby for the gentleman of distinction. Wren acquired an interested in architecture as a young man and developed his interest through varied studies at Oxford. Wren career as a architect received a significant boost from the Great London Fire of 1666, which facilitated an almost complete reconstruction of much of the city. Wren is responsible for some 55 churches as well as numerous other significant works. In recognition of his accomplishments Wren was knighted on November 14, 1673. He was also a founding father of the Royal Society. Though sickly as a child, Wren lived to a ripe old age 90. Wren is said to have passed away after taking ill on a trip to London in order admire his greatest masterpiece, St. Pauls Cathedral.