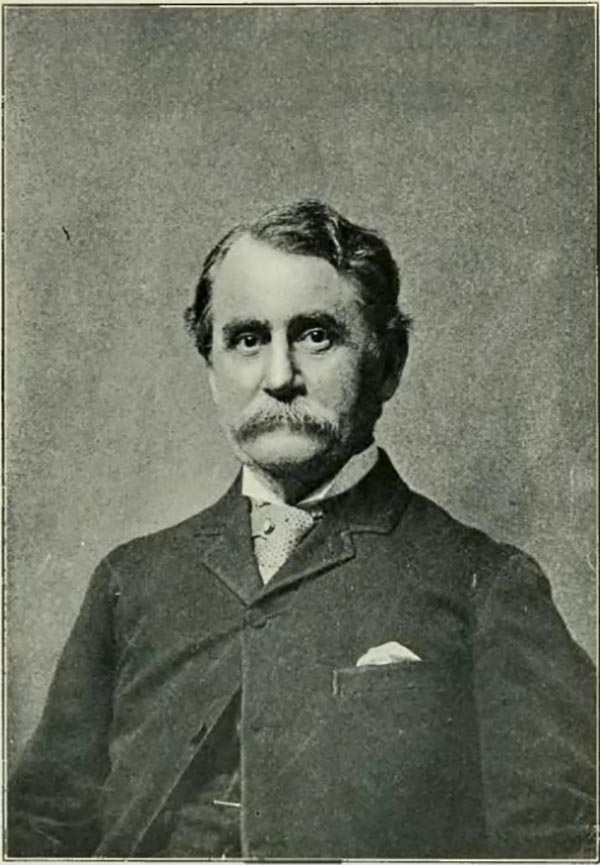 George Henry Yewell (January 20, 1830 - September 26, 1923) was an American painter, etcher, and engraver. Yewell was born in Havre de Grace, Maryland. His father died when he was a child and afterward, his family moved west to Cincinnati. There Yewell studied under the famous educator Theodore S. Pavin (1817 - 1901). In 1841, Yewell and his mother relocated to Iowa City, Iowa - then just being built as a new state capital. In 1848, Yewell apprenticed to a local tailor, but by this time had already begun to show proficiency as an artist. He issued a political cartoon about moving the capital to Iowa City that caught the attention of Charles Mason, Chief Justice of the Iowa Supreme Court. Mason and several associates sponsored Yewell to study in New York, where he became a student of painter Thomas Hicks (1823 - 1890). From 1851 to 1853 he studied at the National Academy of Design. He returned to Iowa City in 1853, where he did portraiture and landscape art. He returned to New York in 1856, reenrolling at the National Academy for further studies. With Mason's sponsorship he went to Paris, where he studied until 1861 under French painter Thomas Couture (1815 - 1879). He returned briefly to Iowa city in 1862, but ultimately the small city ould not hold him. He returned to New York, and from there, returned to Europe in 186. He took up residence in Rome, summer in Perugia and Venice, and traveled extensively, even I 1875 to Egypt. He was deeply entrenched in the European art scene. He returned to New York in the 1880s, where he remained for the rest of his life. He worked occasionally for Louis Comfort Tiffany, and spent summers on Lake George. He was elected an Associate of the National Academy of Design in 1862, and made a full member in 1880. His work is in the collections of numerous museums and private collections in Iowa, New York, and elsewhere.