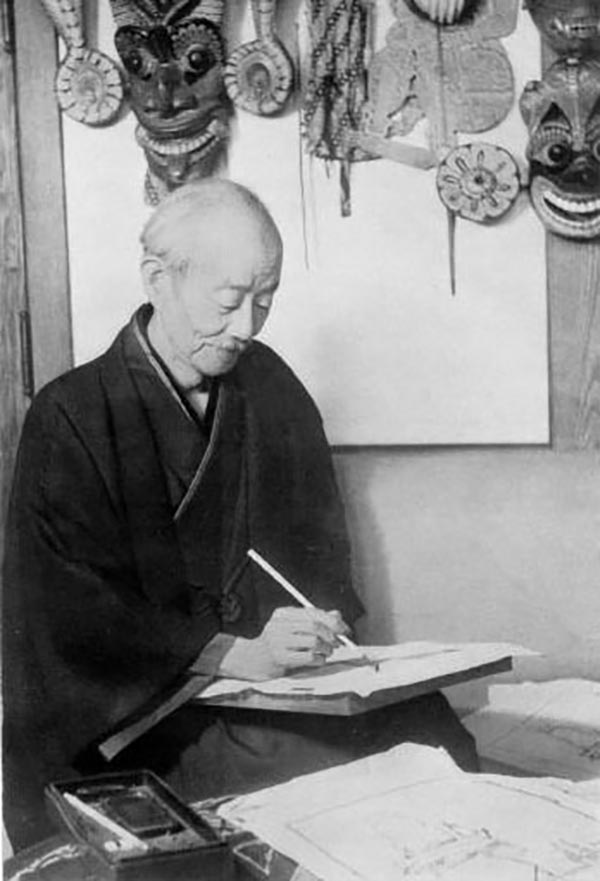 Yoshida Hiroshi (吉田 博, September 19, 1876 - April 5, 1950) was a Japanese illustrator and print maker active in first half of the 19th century. Yoshida is regarded as a pivotal figure in the revival of Japanese print making following the Meiji restoration. Born the son of an elementary school principal, Yoshida expressed an interested in art early on and studied painting at a private art school in Tokyo. His paintings were immediately popular and he received numerous allocates, but it is for his print work this he is most remembered. Yoshida developed a fascination with printmaking following his meeting with Watanabe Shozaburo, the owner of a popular Tokyo print shop. It was Watanabe who developed Yoshida as a printmaker and published his first woodblocks.