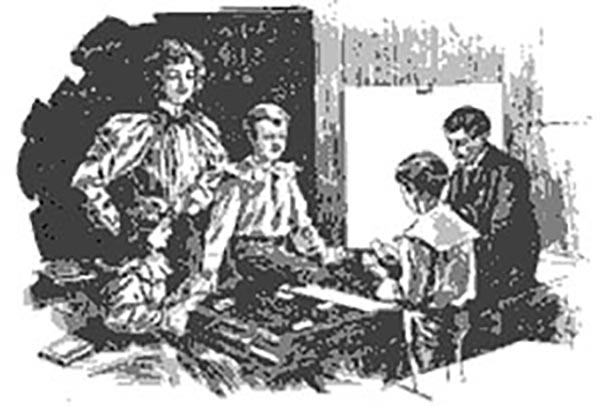 Fireside Game Company (fl. 1895 -1900) of Cincinnati, Ohio was active from 1895 to 1900. During this period it issued 31 different card games, each numerically identified starting with, Strange People, game number 1100. With regard to our cartographic interests only game no. 1110, Population features maps. The organization appears to have been a subsidiary of the United States Playing Card Company intended to promote 'Educational Games.' After 1900 or so the company was renamed The Cincinnati Game Company. The United States Playing Card Company remains in business today and is the world's largest manufacturer of playing cards.