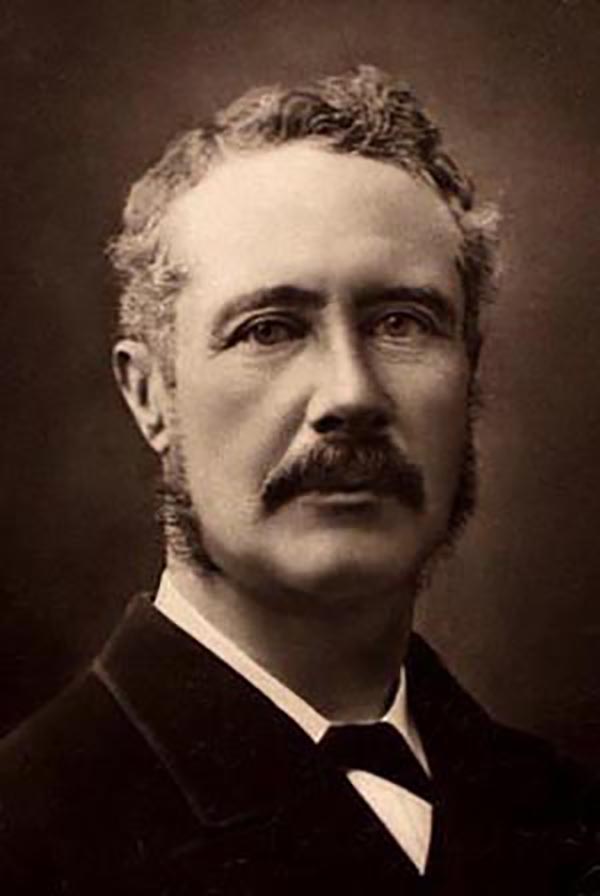 Charles George Gordon (January 28, 1833 - January 26, 1885) was a British army officer and colonial administrator active in the second half of the 19th century. Gordon was born in Woolwich, London, to a longstanding military Family. He studied at the Royal Military Academy at Woolwich where he excelled in mathematics and engineering. He was subsequently commissioned in 1852 as a second lieutenant with the Royal Engineers. At the outbreak of the Crimean War he was sent to Balaklava where he distinguished himself in a number of battles. Following the war he was assigned to the international commission to survey the new border between the Russian and Ottoman Empires. Seeing his future abroad, Gordon the volunteered for service in China. Gordon arrived in China in the midst of the pseudo-Christian Taiping Rebellion, one of the bloodiest conflicts in history. In 1862 Gordon was given charge of the Qing Imperial Chinese forces, called the "Ever Victorious Army". Gordon led the Ever Victorious Army in numerous decisive battles throughout southern China. Though in command of only about 5000 soldiers, Gordon's sophisticated tactics won nearly every battle, often against vastly greater numbers, earning him the moniker "Chinese Gordon". To honor his achievement, the Qing Emperor promoted Gordon to the rank of Titu ("Chief Commander of Jiangsu province"), decorated him with the imperial yellow jacket, and raised him to Qing's Viscount of second class. The British Army promoted Gordon to Lieutenant-Colonel and he was made a Companion of the Bath. Following his exploits in China Gordon was reassigned to the Ukraine and ultimately to Khartoum, where he accepted a post as the Governor-General of Sudan. Gordon held this post until the Mahdist Revolt, where he was slain in the battle later known as the Fall of Khartoum, in which the Mahdi's forces overwhelmed the city's defenses. Gordon himself was beheaded by the Mahdi, most likely after he was killed, and displayed on a tree as an object lesson to "enemies of Islam". Gordon has been memorialized in numerous monuments, a University in Australia, a painting by George W. Joy, and an effigy at St. Pauls Cathedral in London.