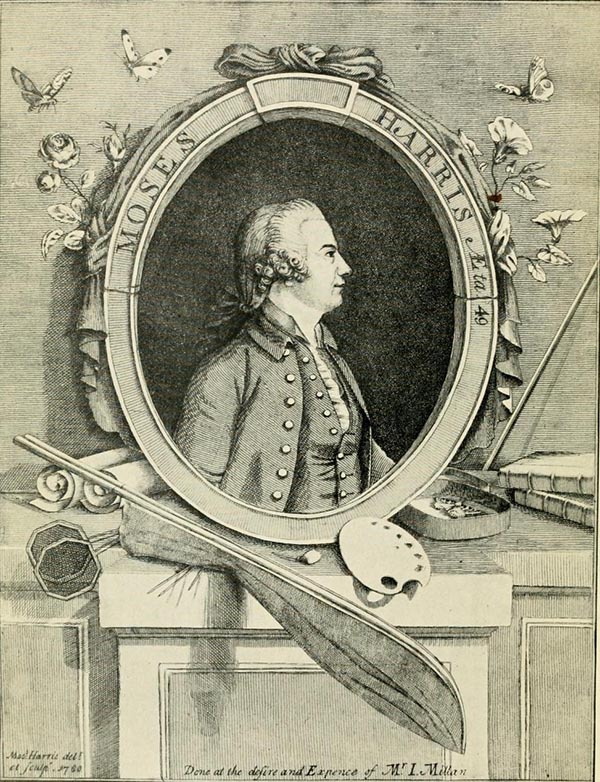 Moses Harris (April 15, 1730 - c. 1788) was an English entomologist, surveyor, and engraver. Harris was encouraged to study entomology by his uncle, a member of the Society of the Aurelians. He joined the society himself and in 1762 became a secretary in that organization. Harris and his wife moved to Halifax, Nova Scotia, around 1749, arriving on board the Winchelsea. While there he surveyed Halifax Harbor and prepared a view of the city that was advertised in Gentleman's Magazine in December of 1749. Harris published several important works on insects, including notable butterfly engravings, as well as a treatise on color. His cartographic corpus is limited, but he is known to have been in Halifax c. 1750 and to have worked on a survey of that region.