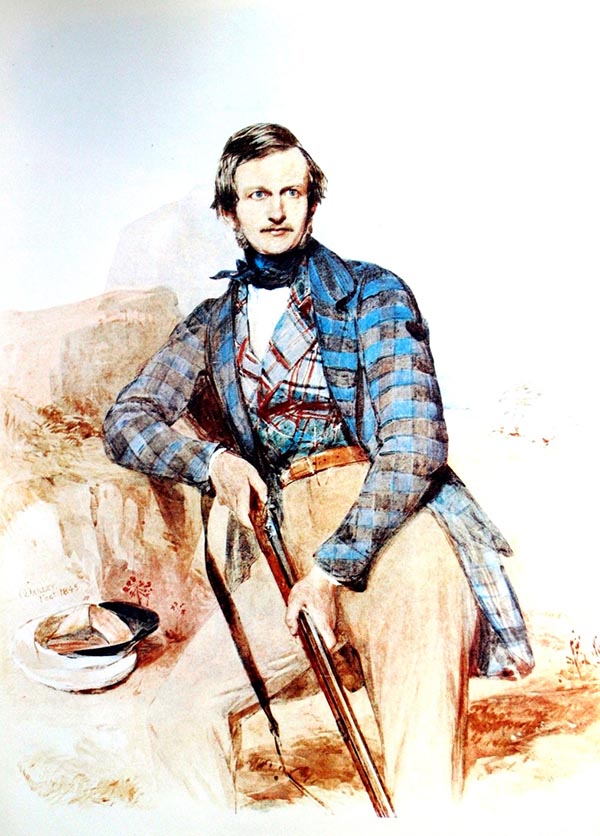 William Cornwallis Harris (1807 - October 9, 1848) was an English hunter, artist, and military engineer. Harris attended Addiscombe Military Seminary beginning at the age of fourteen and joined the army of the East India Company two years later in December 1823 as a second lieutenant in the Engineers, Bombay Establishment. Over the course of his career, Harris was sent to many different outposts throughout India. He arrived in South Africa in June 1836, and ended up staying for two years. Sometime in 1836, he arranged a hunting trip, which would last week into the following year. Harris was among the first European travelers to create illustrations of African wildlife that had any degree of accuracy. He returned to India at the end of 1837 where he worked as a field engineer to the Sindh Force. Harris led a British diplomatic mission to Ethiopia from 1841 to 1843 and negotiated a commercial treaty. In 1843 he was gazetted major and knighted in England before returning to India, where he died of fever in Poona in 1843. Harris married Margaret Sligo of Scotland, although the exact date is unknown, and their marriage did not produce any children.