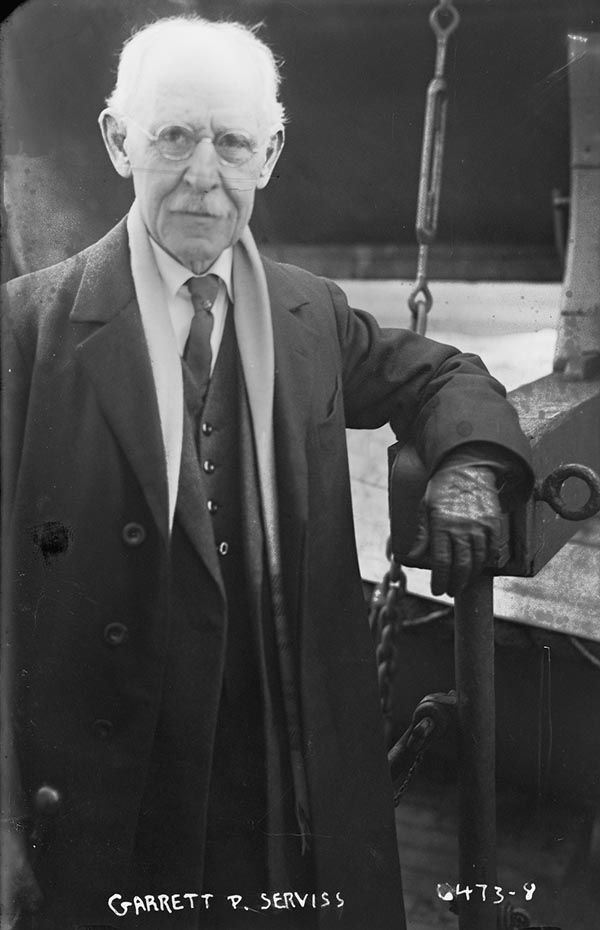 Garrett Putnam Serviss (March 24, 1851 - May 25, 1929) was an American astronomer, journalist, author, lecturer, and science fiction writer. Serviss was born in upstate New York and majored in science at Cornell University. He took a law degree at Columbia University but never worked as an attorney. Instead, in 1876 he joined the staff of the New York Sun newspaper, working as a journalist until 1892. In 1894, Andrew Carnegie invited him to deliver the popular Urania Lectures on astronomy, cosmology, and geology. Along with Leon Barritt (1852 - 1938), he published the Star and Planet Finder, which proved a commercial success and was published in multiple editions until the 1950s. In addition to his scientific work, Serviss was an avid mountain climber.