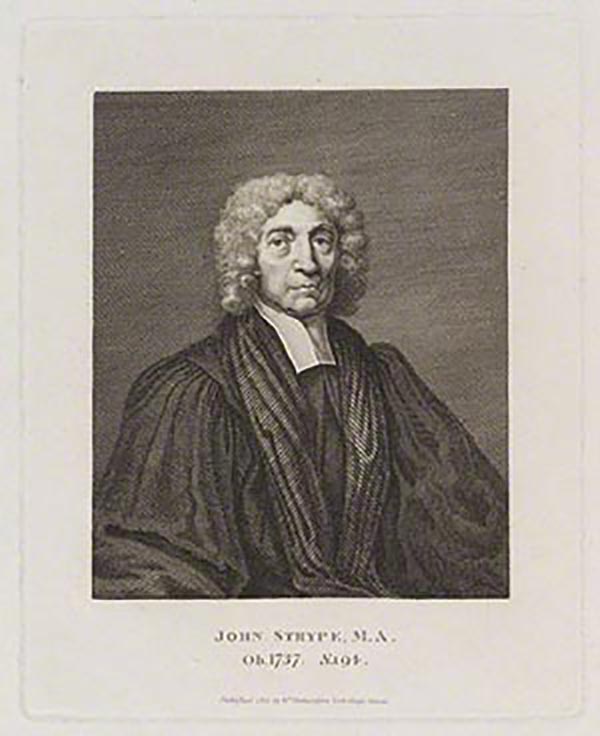 John Strype (November 1, 1634 – December 11, 1737) was a Huguenot clergyman, cartographer, biographer, and historian active in London during the late 17th and early 18th century. Like many Huguenots, Strype's family fled to England to escape religious prosecution in Brabant. They established themselves as textile merchants in Petticoat Lane – their street eventually became known as Strype Street. John was educated at St. Pauls School and later at Cambridge's Jesus College and St. Catherine's College. He lived most of his life in Leyton, north London, where he worked as a curate and lecturer of Leyton. He published numerous historical works relating to the Protestant Reformation. His most significant cartographic contribution his is c. 1720 republication of John Stow's Survey of the Cities of London and Westminster.