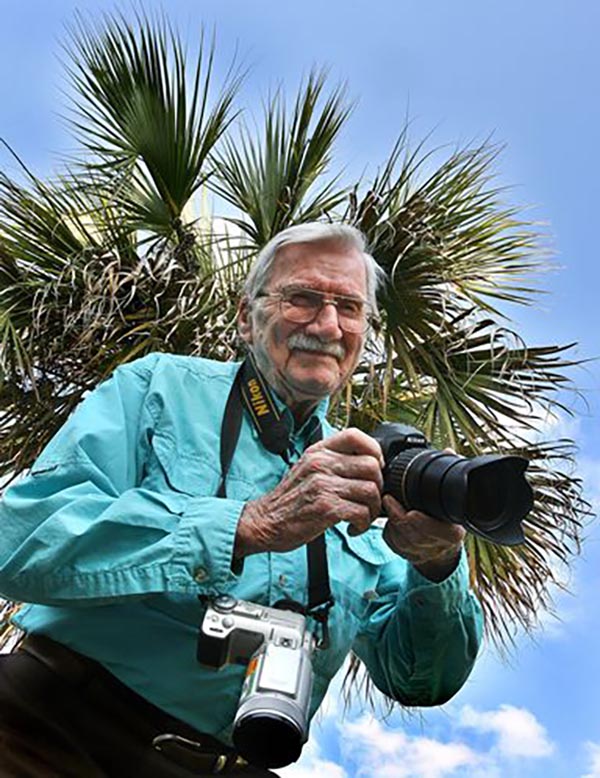 Jack Swenningsen (1916 - June 3, 2017) was a Danish-American photographer, graphic artist, and accordionist, based in St. Petersburg, Florida. He was born in Denmark and immigrated to the United States as a young child. He grew up in New York City, graduating from Pratt with a degree in advertising and marrying Amelia Swenningsen shortly before World War II. During the war he served in the U.S. Army Infantry with whom he was stationed in northeastern Italy. Swenningsen and his family relocated to St. Petersburg Florida in 1948, immediately falling in love with the state. He is the designer of the 'Mer Sun" photo on the St. Petersburg Chamber of Commerce building. Swenningson died at the extreme old age of 102 in 2017. We are aware of only 1 map by Swenningsen, his pictorial map of the United States as seen by a Floridian.