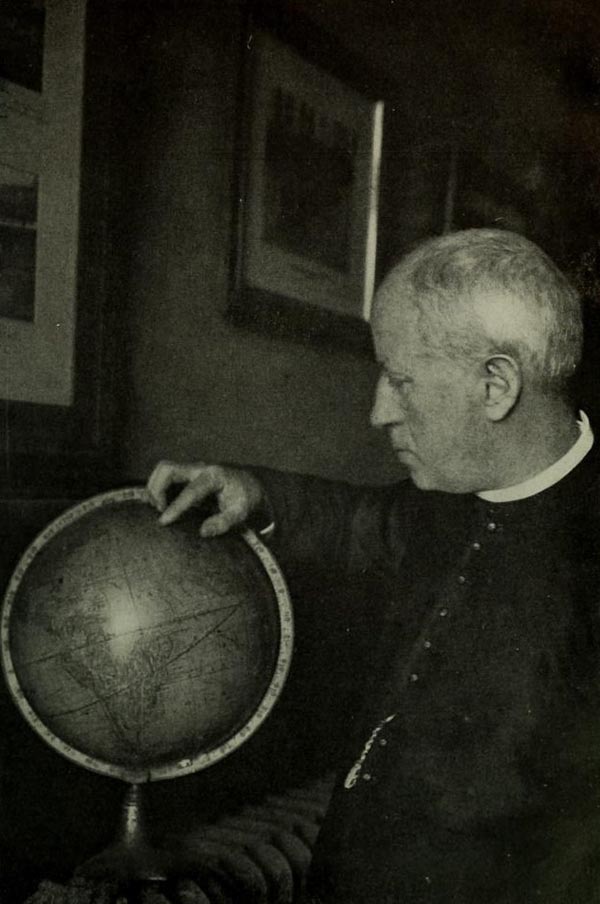 José María Algué (December 29, 1856 - May 27, 1930) was a Spanish Jesuit priest, scientist, and inventor, who specialized in meteorology. Father Algué was ordained as a priest in 1888. He studied meteorology, seismography, and astronomy at the University of Barcelona beginning in 1890. He eventually ended up in the Philippines, after internships at the Observatory de La Habana and elsewhere around the world. He worked for years as a collaborator and disciple of Federico Faura at the Meteorological Observatory of Manila, which Faura had founded. When Faura dies in 1897, Algué was named his successor, and served as the Director of the Manila Observatory, a post he kept even after the Spanish ceded control of the Philippines to the United States in 1898. Algué was very respected in his field, as evidenced by the fact that the U.S. Coast and Geodetic Survey published his Atlas de Filipinas in 1900, and that Algué was given the honor of representing both Spain and the United States before different institution, congresses and international exhibitions.