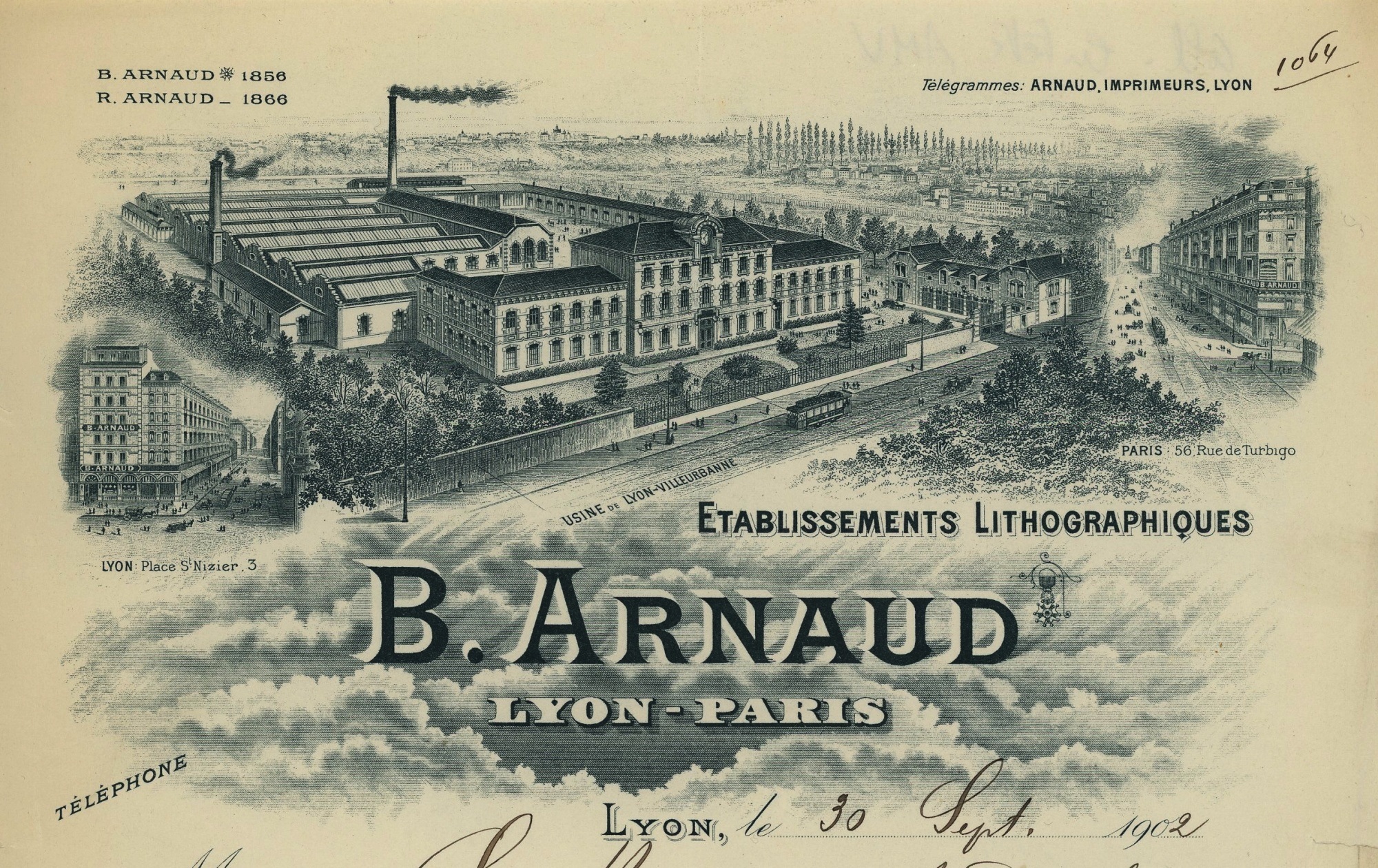 Benoit Arnaud (October 8, 1823 - 1903) was a French printer and engraver who founded the Imprimerie B. Arnaud in Lyon. Born in Lyon, Arnaud was trained as an engraver and founded his printing firm in 1856 on the rue des Capucins in Lyon. The firm quickly found success and soon had branch offices in both Paris and Marseille. Arnaud's son Rodolphe joined the firm at some point and helped it enter the international market. The firm mainly focused on commercial projects, including letterhead. After Benoit Arnaud died in 1903, Rodolphe took over the business and began printing banknotes and gained contracts with the Polish national government and the government of France. After World War II, the firm shifted to printing advertisements and cardboard packaging. B. Arnaud merged with three other printing firms in 1984: Sauterot-Drac, Néofut, and Noury. This partnership created the Compagnie Rhodanienne d'Impression et de Cartonnage (C.R.I.C.). The firm closed its doors in 1996.