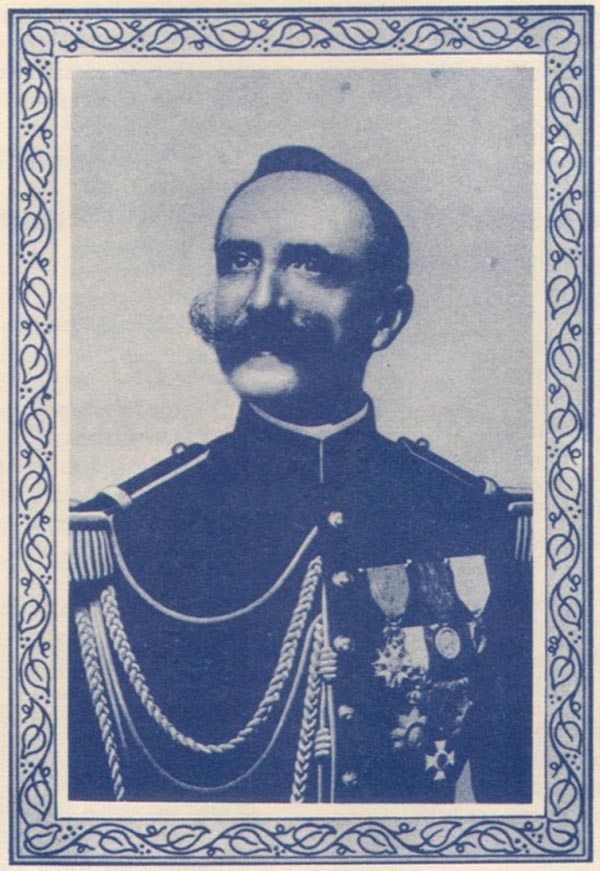 Dominique Eugène Paul Balagny (January 19, 1863 - October 21, 1948), or simply Paul, was a French military officer active in the late 19th and early 20th century. Balagny was born in Bordeaux graduated from the special military school at Saint-Cyr. He was first assigned as a Sub-Lieutenant to the 1er Infanterie Algérienne, then sent to French Indo-China (Vietnam) to serve with the 4e Infanterie du Tonkin. He saw action during the First Annam Insurrection (Cần Vương Movement, 1886). Afterwards, he was assigned to the Bureau Topographique des Troupes de l'Indo Chine. With the bureau he spent 3 years, from 1889 - 1891 surveying the Chinese-Vietnam (Chinese-Annamese) border. After this mission, Balagny crossed the Pacific on the 'City of Peking' with two army friends on a tour around the world, stopping in San Francisco in May of 1892. While there he seems to have spent some time drumming up investment for French mining interests in Tonkin, suggesting that the trip may have had an official component. Just before World War I, from December 31, 1913 - September 8, 1914, he commanded the 65e Régiment d'Infanterie. He was also president of the Société Archéologique, and member of the La Société des Sciences Naturelles de l'Ouest de la France. When he retired from the service, he held the rank of Commandant. Balangy died in Nantes.