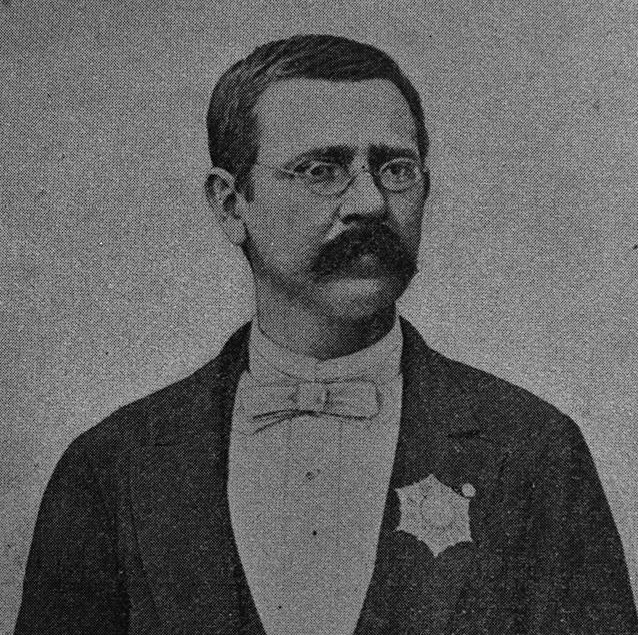 Santiago Ignacio Barberena Fuentes (July 30, 1851 - November 26, 1916) was a Salvadorian educator, lawyer, historian, linguist, and engineer. He was born in Antigua, Guatemala but from 1859, studied and lived in San Salvador. He received his high school education at Colegio de la Asunción. He subsequently took degrees in law (Universidad de El Salvador, 1876) and topographical engineering (Universidad de San Carlos de Guatemala, 1877). He was then assigned as a surveyor to settle the 1878 - 1881 Guatemala - Mexico boundary question. Later, in 1886, he surveyed north-eastern El Salvador to draw the border with Honduras. He was also a noted archeologist. In 1888, at the invitation of Honduras, he participated in an expedition to the ruined Mayan city Copán. Later, in 1892, he made the first archaeological studies of El Tazumal, Casa Blanca, and Cara Sucia in western El Salvador, as well as in the Cueva del Espíritu Santo, in Corinto, Morazán. In his later years he became the director of the Observatorio Astronómico y Meteorológico de El Salvador (1893 - 1911) and the Museo Nacional de El Salvador (1903 - 1911), now known by the official name of Museo Nacional de Antropología Dr. David J. Guzmán. In 1905, José Emilio Alcaine (1866 - 1963), he is listed as the primarily cartographer behind the Nuevo Mapa del Salvador, an ambitious new national map on a large scale.