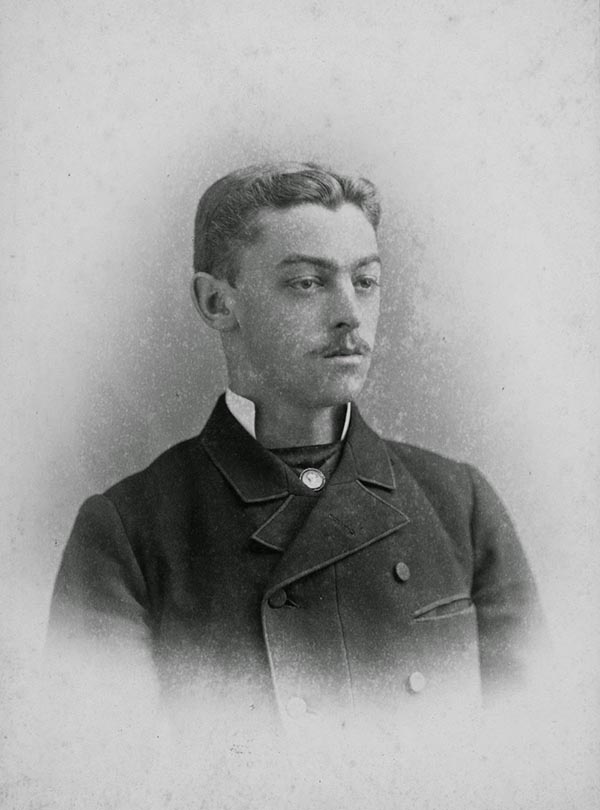 Waldron Bates (November 24, 1856 - February 9, 1909) was an American lawyer, author, cartographer, and avid outdoorsman. Born in Boston, Massachusetts, Bates attended Harvard and graduated in 1879. He then attended Boston University, from which he received a law degree in 1882. In 1892, Bates joined the Bar Harbor Village Improvement Association, and was named its Path Committee Chairman in 1900, a position he held until his death in 1909, and served as the Association's president from 1904-05. Bates, Edward Rand, and Herbert Jaques published the 'Map of Mount Desert Island' and the 'Path Map of the Eastern Part of Mount Desert Island' in 1896. He was well known around Bar Harbor and Mount Desert Island as a pathmaker. He would plan and build trails leading to geologically interesting rock formations and related sites, and also instituted a uniform method of signage for these trails. On February 9, 1909, Bates tragically passed away when he tried to board a train leaving the railroad station in Monroe, Virginia. According to newspaper accounts, Bates was trying to board a Pullman car, when he lost his footing, slipped, and fell under the departing train. He never married.