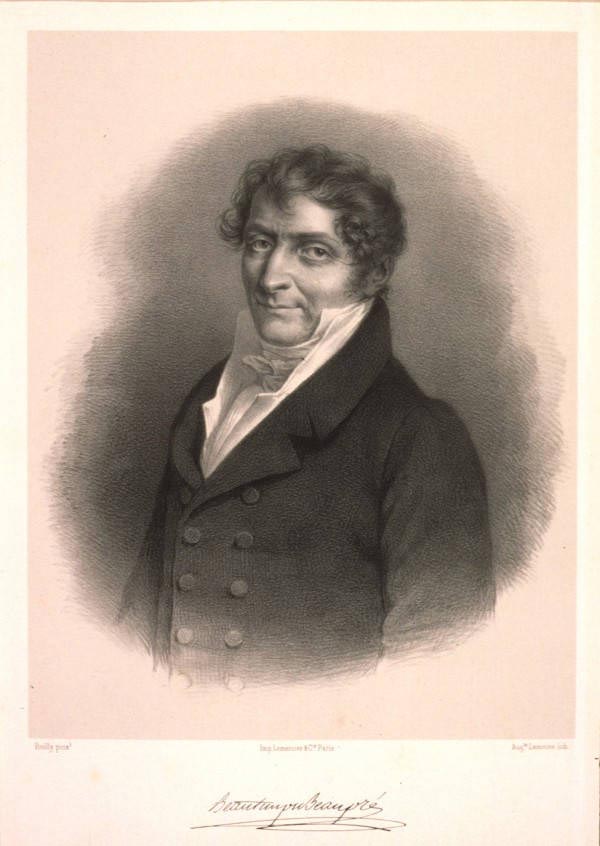 Charles-François Beautemps-Beaupré (August 6, 1766 - March 16, 1854) was a French hydrographic engineer and cartographer and was also a member of the Academy of Sciences. He is considered the father of modern hydrography. Beautemps-Beaupré began his career as a hydrographer in 1783 as a student of his uncle Jean-Nicolas Buache, who was the director of the dépôt de la Marine at the time. He became an engineer in 1785 and created his first maps that year. He was a member of the crew of La Recherche, which left France in 1791 under the command of Antoine Reymond Joseph de Bruni d'Entrecasteaux in search of the French explorer La Pérouse, who had disappeared in 1788. The expedition with La Recherche lasted until 1796, and Beautemps-Beaupré took advantage of these years to develop new foundations for hydrography, developing it into a true science and adopting methods that would soon be adopted by all mariners. When L'Appendice au voyage de D'Entrecasteaux was published in 1808, it contained all Beautemps-Beaupré's work from the voyage and it 'revolutionized hydrographic methods'. Beautemps-Beaupré was made sub curator of the dépôt des cartes et plans de la marine in 1799 and was put in charge of all major hydrographic work during the Empire and the Bourbon Restoration, making him among the few government officials to serve during both periods. He was elected to the Academy of Sciences in 1810. He was mad director of the dépôt des cartes et plans de la marine in 1814 and held the position until 1838. Over the course of his career, Beautemps-Beaupré created at least 613 distinct works, including over 150 maps and plans and 279 views.