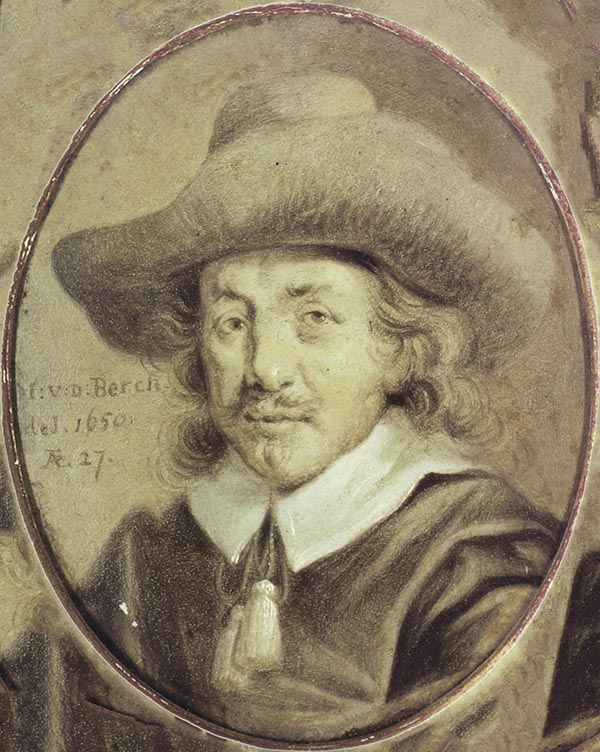 Nicolaes Pieterszoon Berchem (October 1, 1620 – February 18, 1683) was an important Dutch painter working in the middle part of the 17th century. Bercham was born in Haarlem and studied under both Jan va Goyen and Cornelis van Poelenburgh. He is credited with over 800 paintings and is mostly known for his bucolic Italian landscapes. Berchem's partnership with Jan Visscher in the production of Visscher's world atlas was a seminal moment in cartography. Shirley describes Berchem's engraving work, particularly focused on the elaborate borders of Visscher's maps, as "the master forerunner for a number of highly decorative Dutch maps". The work of Berchem and Visscher inspired Dutch cartographers and map publishers for the next 60 years.