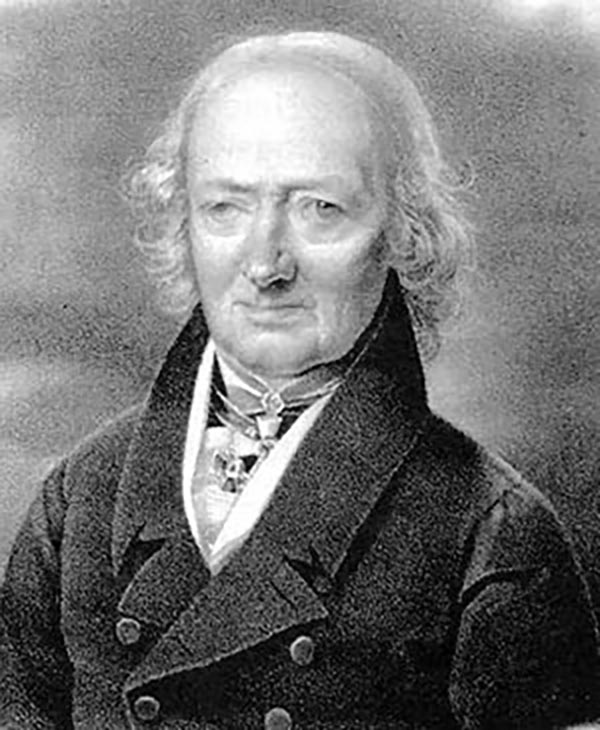 Johann Elert Bode (January 19, 1747 - November 23, 1826), or Joannis Elerti Bode, was a German astronomer active in Berlin during the late 18th and early 20th centuries. Bode was born in Hamburg and exhibited an early aptitude for mathematics, which brought him to the attention of Johann Georg Busch, whose library he was given access to. His interest turned towards astronomy early on and in 1766 he published his first work, a treatise on eclipses. He later published more treatises and issued an annual periodical called Astronomisches Jahrbuch, which enjoyed a 51 year run. In 1786 he became the director of the Berlin Observatory. During his tenure in this position he calculated the trajectory of Uranus, named the planet, and discovered the Galaxy M81, more commonly known as Bode's Galaxy. Bode is best known for his popularization of Bode’s law, or the Titius-Bode rule, an empirical mathematical expression for the relative mean distances between the Sun and its planets. However, in cartographic circles is best he is more admired for his 1801 publication of the Uranographia sive Astrorum Descriptio, a gigantic elephant folio atlas of the stars and the climax of an epoch of artistic representation of the constellations. Bode also published a smaller star atlas, the Vorstellung der Gestirne. Bode retired from professional life in 1825 and died in Berlin on year later.