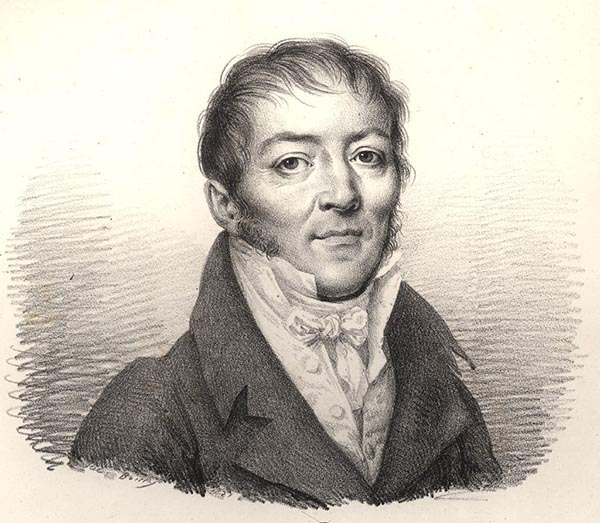 Alexis Bouvard (June 27, 1767 - June 7, 1843) was a French astronomer. Born in Contamines-Montjoie, Bouvard, who came from a family with four other children, left for Paris on his own at the age of seventeen. Once in Paris, he found his was to the Bureau des longitudes and the Observatory of Paris, where he was became a student astronomer. Eventually, Bouvard was named the director of the Observatory of Paris. Among his achievements include the discovery of eight comets and the compilation of the astronomical tables for Jupiter, Saturn, and Uranus. While the first two tables were a complete success, the latter contained substantial discrepancies with calculations performed at other observatories. This led Bouvard to hypothesize the existence of an eighth planet which created the irregularities in Uranus' orbit. John Couch Adams and Urban Le Verrier would independently discover the planet Neptune by using calculations based on Bouvard's observations, though only after Bouvard had died.