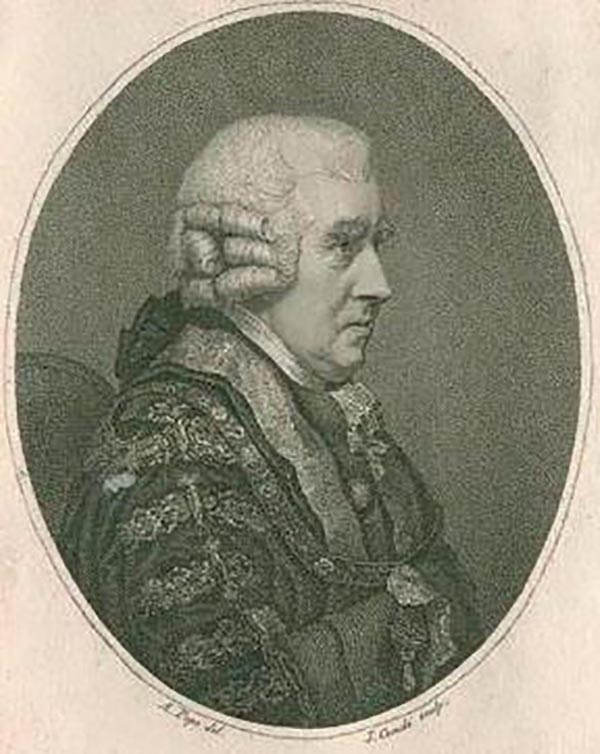 John Boydell (January 19, 1720 - December 12, 1804) was a British publisher, engraver and printseller. Although he himself was an engraver, he was better known for his support of other artists and thus was instrumental to the initiation of a British tradition in the printing of perspective views and vues d'optique. His efforts placed Britain ahead of France in the trade of engravings between the two nations. and initiated a British tradition in the art form. He was born the son of a surveyor, and was apprenticed to artist William Henry Toms, from whom he learned engraving. He went into business in 1746, publishing a book of his own engravings. Thereafter he entered the realm of the print dealer, selling the work of other artists, including those produced in France in the 1750s. He unable to establish a reciprocal trade of English prints in France, until he began to commission works of sufficient quality that French printsellers would buy them. By the 1760s the trade balance had shifted, earning him a fellowship in the Royal Society for the achievement. His view of the Death of General Wolfe was particularly successful for him. Also of note were his 1755 A Collection of One Hundred and Two Views, etc. and his Shakespeare Gallery, an illustrated edition of Shakespeare's plays, which featured plates contributed by the most illustrious English painters of the day. Boydell dedicated time to civic works, donated art to institutions, and served in public office, most notably as Lord Mayor of London in 1790. The French Revolutionary Wars ruined his international trade, however, sending him near to bankruptcy by the time of his death.

1751 Boydell Perspective View of the City of Oxford (South)

1751 Boydell Perspective View of the City of Oxford (West)