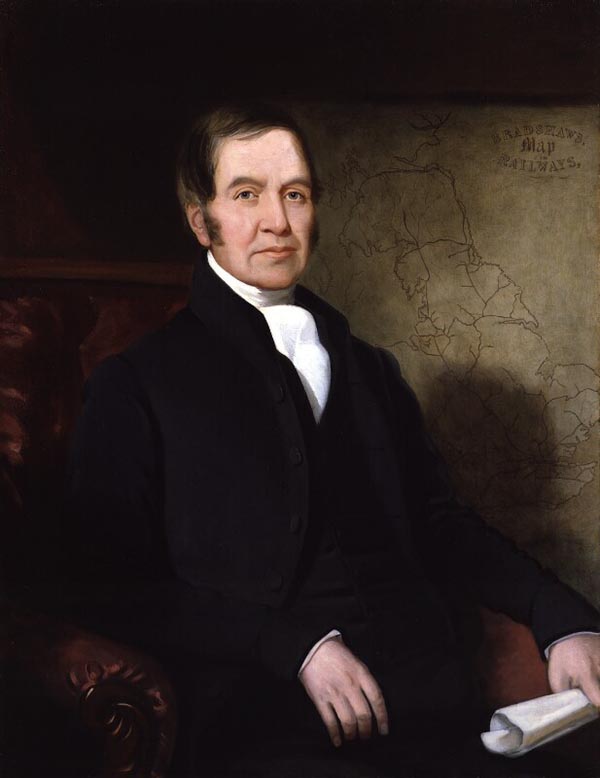 George Bradshaw (July 29, 1801 - September 6, 1853) was a British map publisher active in the middle part of the 19th century. Bradshaw was born in Windsor Bridge, Pendleton, Lancashire, England, the only son of Thomas Bradshaw and Mar Rogers. From 1815, when he was 14, he apprenticed in Manchester under the engraver J. Beale. After his apprenticeship, in 1820, he moved briefly to Belfast, where he worked as a printer and engraver. He returned to Manchester in 1821, and there concentrated on map engraving. Around 1839, he began publishing railroad timetables, maps, and guides, which he updated monthly. He had, by this time, taken on his own apprentice, William Thomas Blacklock, who joined the Bradshaw firm as a partner in 1842. The firm was thus renamed 'Bradshaw and Blacklock.' Bradshaw's railroad guides were extremely successful, earning him both fame and wealth. On a trip to Norway in 1853, Bradshaw contracted cholera and died in Christiania, where he is buried. The firm continued to publish under the 'Bradshaw and Blacklock' imprint for many years after his death. In addition to his publishing work, when he was 20 or so, Bradford became a Quaker, joining the Society of Friends.