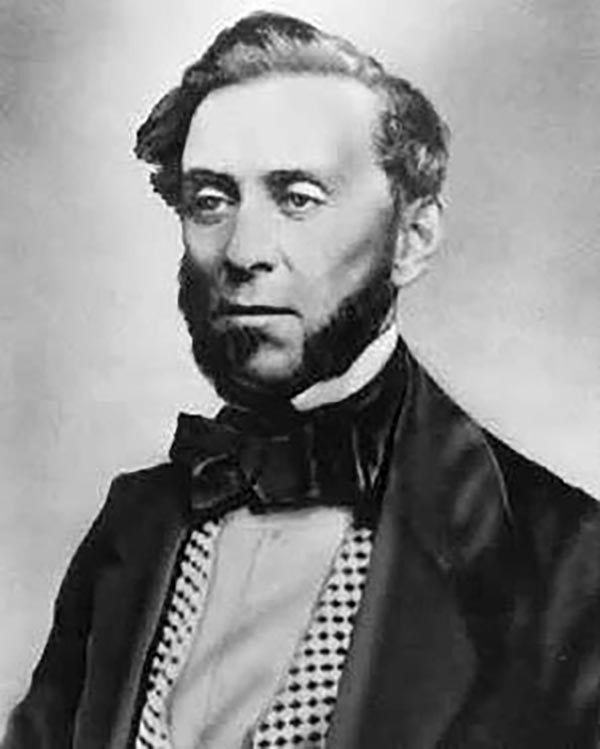 Samuel Brannan (March 2, 1819 - 1889) was an Irish American printer and businessman active in California in the middle part of the 19th century. Brannan as born in Saco Main, where he apprenticed as a printer in 1836. During his journeyman years, he traveled throughout the United States with a portable press. In 1842, he converted to Mormonism and began publishing the New York Messenger. Between 1845 and 1846, he organized some 220 Mormons to establish a Mormon Fort in San Francisco. While he failed to establish Mormonism in California, he did set up a press and began publishing the California Star, California's first newspaper. In 1847, Brannan established a store just outside Sutter's Fort. The move was prescient, within a year the California Gold Rush transformed the sleepy fort into the boomtown city of Sacramento. It is recorded that between 1848 and 1849, sales at the store averaged a staggering $150,000 per month - transforming Brannan into California' first (but not last) millionaire. He was elected Senator of California in 1853. Apparently in his later years, Brannan developed an alcohol problem and a violent temperament - leading to the loss of much of his great wealth. He died in San Diego in 1889.