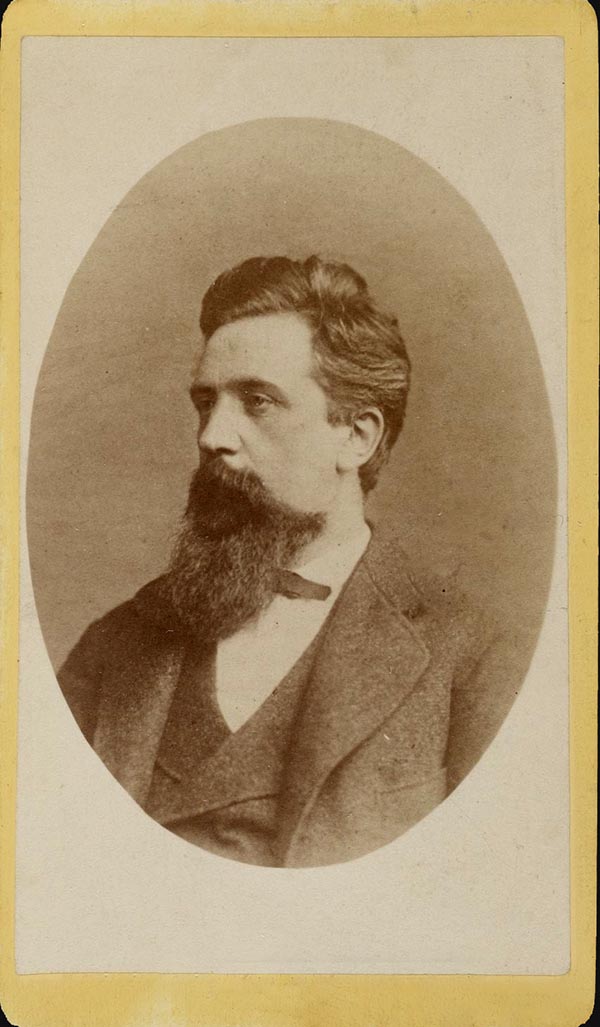 Emilii Vasil'evich Bretschneider (Эмилий Васильевич Бретшнейдер; February 2, 1833 - May 12, 1901), commonly known by his francophone name Émile, was a Russian botanist, sinologist, medical doctor, and cartographer active in the second half of the 19th century. Bretschneider was Russian, but of German-Latvian descent. Bretschneider was bornin Bankaushof, today Benkavas muiža, Saldus novads, Latvia. He received a medical degree in Estonia from the University of Dorpat. From 1862 to 1865 he served as physician to the Russian delegation in Tehran. In the 1866 he was transferred to the same position at the Russian delegation in Beijing. There he became obsessed with Chinese language and culture, particularly as regards Chinese scientific and botanical knowledge, and became one of the foremost sinologists of his day. He published translations of numerous Chinse words, as well as studies on botany, Chinese history, Chinese-Arab relations, and a monograph on Fu Sang that expounded on the notion that the Chinese colonized America. He also established deep connections with the Chinese Imperial Court and the various expatriate communities, allowing him to issue several important maps of China - among the most accurate of the late Qing period. Bretschneider retired to St. Petersburg where he died in 1901.