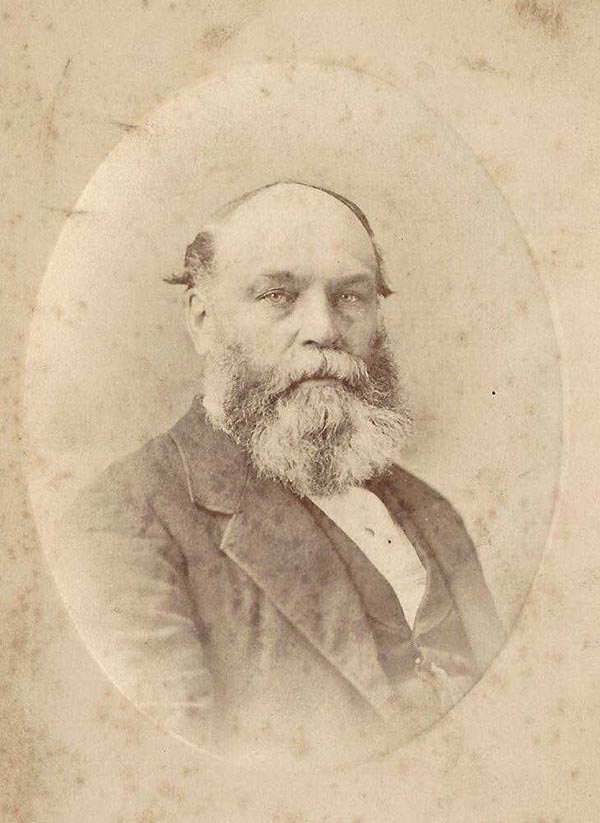 George Bull Burland (1829 - 1907) was an Irish-Canadian printer and publisher. Born in Ireland, Burland and his family immigrated to Canada in the 1840s. He found a job with the Hamilton Gazette, a newspaper owned and edited by his uncle, in 1844. Around 1848 Burland moved to Montreal and began working with George H. Matthews, an engraver and printer. Burland bought Matthews's business in 1864, along with his partners George Lafricain, Nathaniel Barber, and George Bishop, and formed Burland-Lafricain and Company in Montreal. Specialists in lithography, within a few years Burland-Lafricain bought out their closest competitor which was owned by Williasm Cumming Smillie. This company became the British American Bank Note Company, which printed banknotes, postage stamps, and other related materials. Burland began serving as vice president in 1866, and held the position of President from 1881 until his death. Burland founded his own printing company, Burland Lithographic, in the 1870s. At first, he formed a partnership with Goerges-Édouard Desbarats, and then he operated the business on his own. Burland Lithographic printed books, maps, and periodicals, including the Canadian Illustrated News. Burland was alsp a philanthropist with great interest in public health. He married Clarissa Healy Cochrane in 1857.