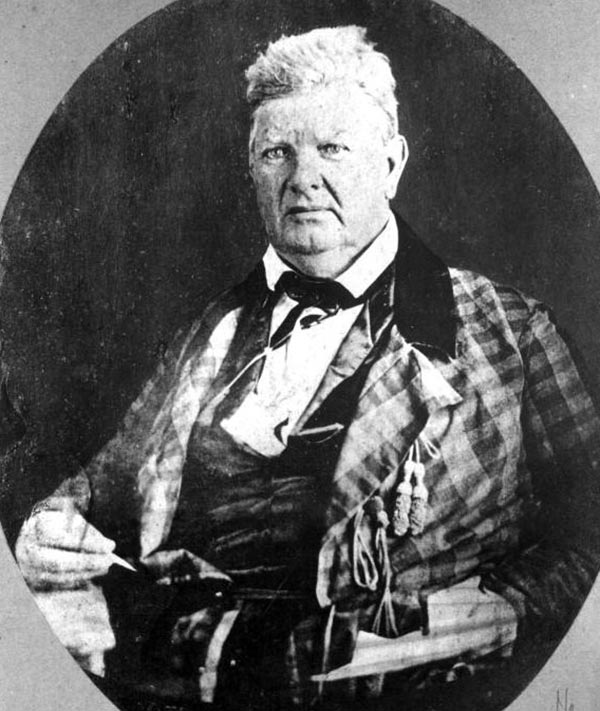 Robert Butler (December 29, 1786 - January 13, 1860) was an American military officer and government surveyor. Born in Carlisle, Pennsylvania, Butler's father, Colonel Thomas Butler (1748 - 1805) died of yellow fever in 1805 and Butler and his siblings became wards of future president Andrew Jackson. Butler married Rachel Hays (General Jackson's niece) in August 1808. He was a graduate of West Point and served as General Jackson's Assistant Adjutant-General during the Battle of New Orleans during the War of 1812. He resigned from the U.S. Army in 1821, having attained the ranks of colonel and commander. He became the acting Governor of East Florida on July 10, 1821 (possibly why he resigned from the Army?) and served for only two days when John R. Bell arrived. He was appointed the first Surveyor General of Florida in 1824 and held the position until 1848. He is responsible for one of, if not the, first maps of Florida after it became a state in 1845.